9 comments
Comment Now
Whether it's the smartphone, virtual reality, or the growing ranks of the Internet of Things, technology will continue to pervade every aspect of our daily lives as 2016 unfolds. Here's what will play central roles in defining the next 12 months. 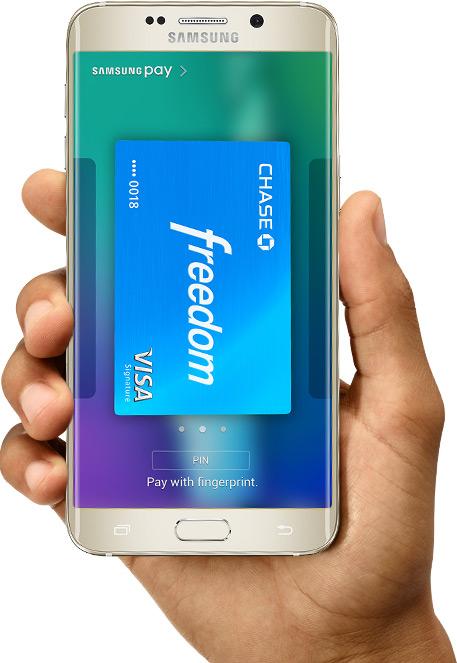 Samsung and Google threw their hats into the mobile payment space in 2015 with Samsung Pay and Android Pay, respectively. Both compete with the iPhone's Apple Pay. All three services have done a commendable job winning over the support of financial institutions, but now have to focus on retailers. Apple Pay and Android Pay are each available at a bit more than 1 million retail locations nationwide at the close of 2015. That's not nearly enough. Samsung Pay is more widely available thanks to its use of NFC and MST (magnetic stripe) technology for making purchases.

Others are primed to compete. Walmart recently launched its own app-based mobile purchasing tool and other retailers, such as Target, are weighing similar approaches. As availability proliferates, consumer adoption of mobile payment solutions will rise.

Love the idea of not having to remember quite so many passwords, except in the case of when I need to get something from a family member's computer. That could get annoying real quick. "(Honey, can you come home, so I can log onto your computer for Xinsert reason hereX.")

Until tablets and laptops are as powerful as desktops there will still be a place for an old fashioned desktop. Some businesses aren't going to go without them and serious gamers need equally serious hardware.

Looking forward to seeing what comes out in the wearables and VR market in the coming year.
Reply  |  Post Message  |  Messages List  |  Start a Board

My daughter was looking at a Wacom Cintiq as a graphics input device, then she tried the iPad Pro with Pencil and that is what she will get. It is as close to pencil and paper as she has seen.
Reply  |  Post Message  |  Messages List  |  Start a Board

Like the mainframe of old, the desktop isn't dead, just relegated to specific business cases where it makes sense for users who don't need portability and want to buy more power for less dollars. In the cost versus performance equation, the desktop still usually comes out ahead, as long as you don't need mobility. I still routinely use a desktop as a secondary machine for certain testing or resource-intensive tasks. I can upgrade the desktop way beyond what I'd want to pay for in a laptop. The desktop will be around for quite some time, although it will never be the dominant force in computing that it once was.
Reply  |  Post Message  |  Messages List  |  Start a Board

Despite Apple's attempts to convince the market otherwise, the iPad Pro is still just an oversized tablet. It is not a replacement for a laptop except in a very small number of cases. It is still app-driven. If you can't find the app, or the apps doesn't work together well, you are limited. It is precisely because of the app-centic nature of iOS that I know of a number of companies, mine included, where staff are ditching their iPad because it can't do everything they need to do when traveling for more than a few days. The iPad Pro didn't change that. Instead, it made the tablet heavier and more awkward, thus joining the ranks of the Surface Pro line which are great as laptop replacements but are too big to be considered a "tablet."
Reply  |  Post Message  |  Messages List  |  Start a Board

I like Android Pay in the few places where I've been able to use it. My year-old Samsung phone doesn't support Samsung Pay. Interesting that retailers are getting into the game. I don't know how many payment apps I want to have all my wallet contents, though. Having too many active payment apps could present its own set of vulnerabilities.
Reply  |  Post Message  |  Messages List  |  Start a Board

I am eager to get rid of password based login. Remembering passwords for everything is not a trivial task. The fingerprint scanner should be he standard for all devices that has user interaction responsibility.
Reply  |  Post Message  |  Messages List  |  Start a Board

@Len123 I'm sure other manufacturers will follow up with thier own versons of the pencil, modified just enough to avoid a patent suit.
Reply  |  Post Message  |  Messages List  |  Start a Board

I think the iPad Pro is interesting. Just as a graphics input device using the Pencil, it is more than competitive among the purely input devices and it is a computer that can operate unteathered too. It looks expensive for a tablet, but not as a graphics input device, it is on par. Software will be key, but I think it is a game changer for graphics like the first Macs were for composition.
Reply  |  Post Message  |  Messages List  |  Start a Board

Definitely looking forward to the Biometrics going mainstream.. Love the ability to open my emails and smart phone with my fingerprint. Hate to see the desktop going away.. Poindexter (my desktop) hasn't seen me in months. So sad.. But out with the old and in with the new in 2016. Mobile is the mode; IoT is everything.
Reply  |  Post Message  |  Messages List  |  Start a Board
Editors' Choice
Hot Topics

More Informa Tech Live Events
Automating Security Functions in Your EnterpriseDeception: The Next Step In Cyber DefenseEdge Computing: An IT Platform for the New Enterprise