For Gap, the No. 3 company in the IW 500 ranking, building the right number of Ship From Store operations is critical to profitability.
Charles Babcock
Editor at Large, Cloud
September 05, 2013

As the U.S.'s largest specialty apparel chain, Gap Inc. needs to keep the shelves well stocked at its 2,425 U.S. stores and 3,100 worldwide, and that means keeping a lot of in-store inventory. At the same time, the company needs enough inventory in its e-commerce fulfillment channel to meet that growing demand.

To bridge those two inventory sources, Gap came up with an algorithm, known as Ship From Store, at the end of 2012 and implemented it in the website e-commerce system. Ship From Store lets online shoppers buy directly from store inventory -- though not from all stores, a factor that's key to making the new feature profitable.

The challenge was that the e-commerce system would bog down if it had to check the inventory of every store, which changes hour by hour. So knowing which stores to include is "the secret sauce," says Paul Chapman, Gap's senior VP of IT. Asked how many stores the system taps, or what percentage of online shoppers find items in warehouses compared with before Ship From Store, Chapman says that's proprietary information. Other retailers, Chapman believes, are working on this same Ship From Store concept.

Another reason not all Gap locations are included: The staff in participating stores must be trained and equipped to receive an order and ship the goods, the same as a fulfillment and distribution center. When the website tells a customer that a Ship From Store delivery will occur the next day, "it's up to us to make that happen," says Chapman. His developers have blended Ship From Store into the e-commerce system so that customers aren't aware of it.

The blurring lines between stores and online help explain why Gap's IT and product management teams are located next to each other in the retailer's open floor plan headquarters, and why both are part of its growth, innovation and digital business unit. As the teams work on problems such as Ship From Store, they do so with the backdrop of Gap CEO Glenn Murphy's dictum that all parts of the company are striving "to make shopping seamless to our customers through our digital strategy."

The first phase of Ship From Store enhanced the online shopping experience, but other customers, having found an item online, still want to see it before purchase. They want to try it on, touch the fabric and see the color. 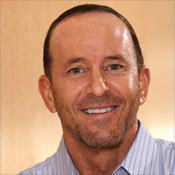 Knowing which stores to check for inventory is "the secret sauce," Chapman says

"Most customers do pre-shopping," says Chapman. "They love to go out to our website and browse the merchandise." To satisfy those shoppers, Gap teams added a Find In Store function, which advises shoppers where to find the nearest store with that item. Find In Store soon led to the idea for Reserve In Store, where a shopper can set aside and hold an item for 24 hours. Gap is testing that feature in Chicago and San Francisco stores.

The progression shows that Ship From Store wasn't a single project that IT launched into production and then moved on. With the additions, IT must constantly review how the system as a whole is functioning and make revisions. "It's not different from what Google does when it comes to searching on content," Chapman says. "Our algorithm isn't static. As we learn more, we update our rules."

Ship From Store started at Gap stores, but the retailer has added it to the e-commerce systems of two Gap-owned chains, Banana Republic and Athleta. Another brand, Old Navy, "is being looked at it very closely," says Chapman.

On the day of InformationWeek's interview, Gap, which had revenue of $15.7 billion in 2012, reported higher-than-expected earnings for its second quarter of 2013. Asked if Ship From Store had anything to do with those results, VP of product management Josh Mahoney says that "it's having a positive impact." Gap also is opening its first Old Navy store and e-commerce site in China next year, and a Gap store and e-commerce site in Taiwan.

All the new features -- Ship From Store, Find In Store and Reserve In Store -- illustrate what Mahoney's group looks at as an "omnichannel" strategy, where the experience of online shopping on a PC, smartphone or tablet and in-store shopping combine into one experience.

Gap shows how digital business requires IT teams with keen understanding of their customers and their company's strategy. Ship From Store, says Chapman, "is an important strategic weapon for this company to address an emerging channel."