How To Create A Superior Tablet Banking App - InformationWeek

Mobile apps for iPads, Kindle Fires, and other tablets need to be more than just ported-over smartphone apps. Industry leaders reveal what goes into creating an engaging and rich tablet-specific experience. 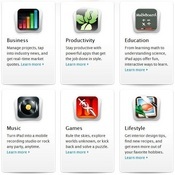 iPad Apps: 10 Hidden Gems
(click image for larger view and for slideshow)
Tablet use in the United States is expected to more than double over the coming year, from its current base of 16 million consumers, according to a Mobile Banking, Smartphone and Tablet Forecast: 2011-2016 report from Javelin Strategy and Research. The Pleasanton, Calif.-based firm also projects that by 2016, 40% of U.S. mobile consumers, or 87 million people, will own a tablet.

Considering the enormity of these numbers, including a tablet-specific application in their mobile offerings should be a no-brainer for banks, especially since mobile banking users are prevalent among early tablet adopters, asserts Mary Monahan, EVP and research director at Javelin. However, she warned, "Just porting over a smartphone app to a tablet doesn't count as a tablet-specific offering."

Monahan said the ideal tablet app should go beyond a smartphone app to include features that allow customers to take a deeper dive into information, such as interactive graphs and educational components. That's because the average consumer spends more time on a tablet than on a smartphone, she pointed out, and the larger screen allows for more interactivity than can be achieved with just one finger on a smartphone.

"If you just take the iPhone app and blow it up for the iPad, you're going to get horrible customer reviews," agreed Jeff Dennes, SVP and chief digital officer at Columbus, Ohio-based Huntington ($54 billion in assets). "It's not just about blowing up what you already have, but making sure that the app is functional for the device that it's actually operating on."

He added, "You're better able to look at a picture of a check, understand the details of a transaction, or see the total breakout of your mortgage payment on an iPad versus an iPhone, which is better for more real-time, quick actions, such as checking a balance and looking at transactions."

But designing apps for different devices doesn't have to mean starting from scratch each time, Dennes noted. He said Huntington started out by creating a basic design for an app that would work across multiple devices and operating systems. The design was then tweaked based on the desired user experience for each specific device.

Read the rest of this article on Bank Systems & Technology.