After years of strong sales, the tablet market appears to be running out of steam, with IT research firm IDC's fourth quarter tablet report revealing the worldwide tablet market declined again in Q4 2015, with 65.9 million units shipped.

That's down 13.7% compared with the same period in 2014, indicating that despite a potential boost from holiday shoppers, consumers are moving on to different types of mobile technology, like detachable tablet devices also known as convertibles.

"One of the biggest reasons why detachables are growing so fast is because end users are seeing those devices as PC replacements," Jean Philippe Bouchard, research director of tablets at IDC, said in a statement. "We believe Apple sold just over two million iPad Pros while Microsoft sold around 1.6 million Surface devices, a majority of which were Surface Pro and not the more affordable Surface 3."

Philippe noted that, by looking at those results, it's clear that performance, not price, is the most important feature considered when people shop for a convertible. 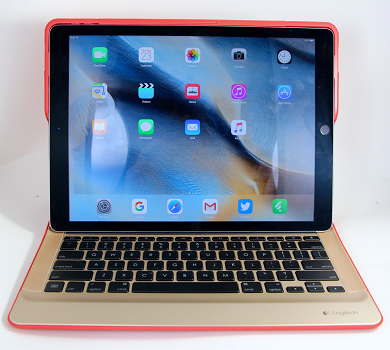 Pure slate tablets experienced their greatest annual decline to date of 21.1%. The market's stalwart leader, Apple, posted a 24.8% decline in shipments, but was able to curb the decline in iPad revenue with the successful launch of the iPad Pro and a shift toward higher priced units.

Apple still managed to take around a quarter of the market in Q4 2015, shipping just over 16 million units, while archrival Samsung landed in second place -- shipping 9 million units and grabbing 13.7% marketshare.

"Despite lukewarm reviews, the iPad Pro was the clear winner this season as it was the top selling detachable, surpassing notable entries from Microsoft and other PC vendors, Jitesh Ubrani, a senior research analyst with IDC, said in a statement. "It's also important to note that the transition towards detachable tablets has presented positive opportunities for both Apple and Microsoft."

Ubrani also noted Google's recent foray into this space has been "rather lackluster," since the Android platform would require a lot more refinement to achieve any measurable success.

Amazon, Lenovo, and Huawei rounded out the top five. Amazon's decision to offer Kindle tablets at the rock-bottom price of $50 helped it move 5.2 million units over the holiday quarter, which translated into just under 8% marketshare.

For the whole of 2015, Apple led the tablet market with 24% marketshare and 49.6 million tablets shipped, while Samsung shipped 33.4 million units. They were followed by Lenovo, Asus, and Huawei.

The IDC report noted Huawei's success smartphone market would likely bleed over into the tablet market as the company maintains its focus on cellular-connected tablets and international expansion.

Despite the decline on tablet shipments worldwide, a January report from technology research and advisory company Technavio indicated four trends would provide some positive impacts to the market through 2020.

Among them is the growing adoption of tablets for use in the healthcare space, thanks to the portability and ease-of-use of the devices.

A continued decline in average sales price (ASP), a factor the IDC report also acknowledged, could also give the tablet market a boost as price points continue to fall and previously untapped markets come into play.

Nathan Eddy is a freelance writer for InformationWeek. He has written for Popular Mechanics, Sales & Marketing Management Magazine, FierceMarkets, and CRN, among others. In 2012 he made his first documentary film, The Absent Column. He currently lives in Berlin. View Full Bio
We welcome your comments on this topic on our social media channels, or [contact us directly] with questions about the site.
Comment  |
Email This  |
Print  |
RSS
More Insights
Webcasts
Preventing Credential Theft & Account Takeovers
5 Steps to Integrate SAST into the DevSecOps Pipeline
More Webcasts
White Papers
Let's Talk: Why Language Matters in Cybersecurity
6 Emerging Cyber Threats That Enterprises Face in 2020
More White Papers
Reports
Black Hat 2019 Hacker Survey Report
eSentire Annual Threat Intelligence Report: 2019 Perspectives and 2020 Predictions
More Reports