50%
Tweet
Apple is expected to unveil its latest updates to the iPhone, iPad, and its Apple Watch bands at an event to be held March 21. But despite Apple's reputation for secrecy, details have been leaking out.

Apple is gearing up to unveil a new iPhone, iPad, and watchband styles for its Apple Watch during a March 21 event at its Cupertino, Calif., campus, according to reports. The anticipated event was originally expected for March 15.

Among expected announcements is the new iPhone SE, a smaller 4-inch smartphone that will have nearly all of the features of the iPhone 6s, except for 3D Touch, according to 9to5 Mac. Some of those features will include a 12-megapixel camera, an NFC chip for Apple Pay, and a similar thickness as the iPhone 5s, at 7.6 mm, according to a MacRumors report. 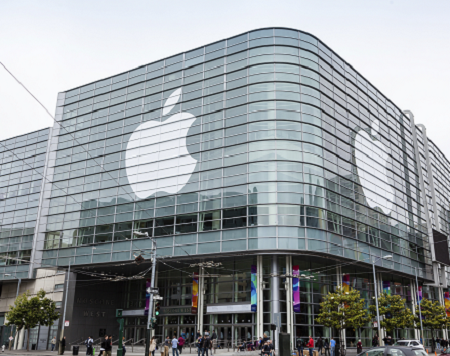 But perhaps one of the more closely watched bits of information to dribble out is the expected price of the iPhone SE, which MacRumors notes may be $400 to $500.

The iPhone 5s, meanwhile, is anticipated to fall to $250 from approximately $450, according to reports.

Apple is also expected to unveil an iPad Pro that will have a number of new features. The 9.7-inch iPad will include enhanced speakers and be part of the iPad Pro line, 9to5 Mac notes. The 9.7 iPad Pro will also carry the A9X processor, similar to that of the larger 12-inch iPad.

And, as previously noted by InformationWeek, the iPad Pro will also have a Smart Connector, a smaller Smart Keyboard, and an Apple pencil.

In addition to the iPhone SE and 9.7 inch iPad Pro, Apple will likely show off some new software updates and watchbands for the Apple Watch, 9to5 Mac notes. Some of the straps will likely be offered in a range of new colors for rubber Sports Bands, a Milanese Loop band in "space black," and potentially a Nato-style nylon band.

While some folks may be hoping for an Apple Watch 2 unveiling at the event, Macworld reports that is not likely to happen until Apple's September event, when the company is anticipated to launch the iPhone 7.

Dawn Kawamoto is an Associate Editor for Dark Reading, where she covers cybersecurity news and trends. She is an award-winning journalist who has written and edited technology, management, leadership, career, finance, and innovation stories for such publications as CNET's ... View Full Bio
We welcome your comments on this topic on our social media channels, or [contact us directly] with questions about the site.
Comment  |
Email This  |
Print  |
RSS
More Insights
Webcasts
Quantifying the Benefits of a DevOps Strategy
Get Your Security Tools Talking for More Effective Incident Response
More Webcasts
White Papers
2020 Gartner Market Guide for Network Detection & Response
How You Can Evaluate Your Org's Cybersecurity Readiness
More White Papers
Reports
How IT Security Organizations are Attacking the Cybersecurity Problem
Threat Intelligence Spotlight: Hunting Evasive Malware
More Reports

None of this really sounds very exciting. The watch itself really needs improvement not the bands. The iPad doesn't sound like it is a major step forward. I would rather hear about the processor or the display than the speakers. Even Apple must feel this is not much of a big deal if the date is changed and there aren't all that many leaks. Well, maybe iOS 9.3 will be worth it.
Reply  |  Post Message  |  Messages List  |  Start a Board
Editors' Choice
Hot Topics