Scratch March 15, as the anticipated date of Apple's next fête. It's now being reported that Apple has chosen March 21 -- the day before the iPhone maker is due in court to begin arguing its case against a Justice Dept. court order -- as the date to show off a number of updated devices. On Tuesday, March 1, Apple's general counsel testifies before the House Judiciary Committee.

While Apple reigns supreme when it comes to keeping a secret, below is what the rumor mill is expecting to see.

No, that's not the iPhone 5S you're seeing around the Internet lately. It's a mock-up of what reports say Apple will call the iPhone SE -- a 4-inch iPhone that's an update on the 5S, whether for developing markets or for sticklers for a 4-inch form factor.

It's expected that Apple is preparing a software update for Apple Watch, as well as new bands -- in new materials and from new high-end-brand partners. 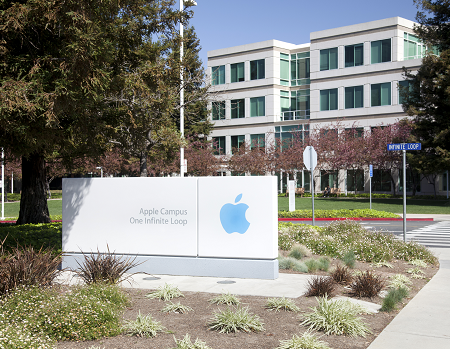 The fourth beta of WatchOS 2.2 will work with iOS 9.3 and add a handful of new features. The most dramatic of these, reports Cult of Mac, is an updated Maps application, which can help users to search what's nearby (restaurants, cafes, etc.) and offer navigation to or from their home or workplace.

Version 2.2 will also fix some bugs in the settings. If wearing two Apple Watches at once is your style, OS 2.2 will support that by linking multiple watches to a single iPhone.

Finally, as reported here earlier, Apple is also expected to retire the iPad mini 2 and the original Air and introduce a 9.7-inch iPad Pro, making its newest tablet more business-friendly, with a Smart Keyboard-slash-cover and an Apple Pencil.

It's likely that the event will receive interest well beyond its usual audiences, as Apple's controversy with the FBI has placed new attention on the brand and moved CEO Tim Cook into a heightened role as a privacy advocate.

Harmit Kambo, director of campaigns and development at Privacy International, described Cook as "playing an extremely valuable role in this massively important debate," according to a Feb. 29 report from Bloomberg, which went on to describe Cook's stand against the Justice Dept. as "extending" and "legitimizing" Edward Snowden's legacy.

[Editor's note: This article has been updated to reflect the date of the House Judiciary Committee testimony.]

Michelle Maisto is a writer, a reader, a plotter, a cook, and a thinker whose career has revolved around food and technology. She has been, among other things, the editor-in-chief of Mobile Enterprise Magazine, a reporter on consumer mobile products and wireless networks for ... View Full Bio
We welcome your comments on this topic on our social media channels, or [contact us directly] with questions about the site.
Comment  |
Email This  |
Print  |
RSS
More Insights
Webcasts
Bolstering Your Enterprise Cyber Risk Assessment
Monitoring Critical Cloud Workloads
More Webcasts
White Papers
Palo Alto Networks Zero Trust Maturity Model
Zero Trust Guiding Principles
More White Papers
Reports
Cortex XDR Rides the Forrester Wave as a Leader
Dark Reading Report: Battle for the Endpoint
More Reports


Enhancements to the iphone are a necessity to justify the price tag, I know more and more people that are buying a 1 year old droid rather than a new iPhone the cost is just out the realm for many and the carriers are no longer subsidizing phone purchases. These new enhancements really need to be compelling enough to drive upgrades and switches.