Microsoft added new features to its month-old Selfie app for iOS, as it touted the app's more than 500,000 downloads within its first two weeks. But had Microsoft added a video feature, its download rate may have been substantially more.

Microsoft boasted that its Selfie app generated more than 500,000 downloads within its first two weeks of launching, but the software giant might have snagged far more had it added video capabilities along with the features it recently added to its month-old photo enhancement app.

Microsoft, in its latest Selfie app update, added a feature that aims to make it easier for social sharing via Apple's iOS, fixed a crash issue in airplane mode, and enabled a rating feature in the setting page.

Additionally, the update also has added Digital Face Clean that removes such facial features as wrinkles, but keeps core features like a mustache or someone's hair in place, according to Microsoft's blog post. Microsoft Selfie also automatically compensates for lighting levels, as in situations where the photo would otherwise be backlit. 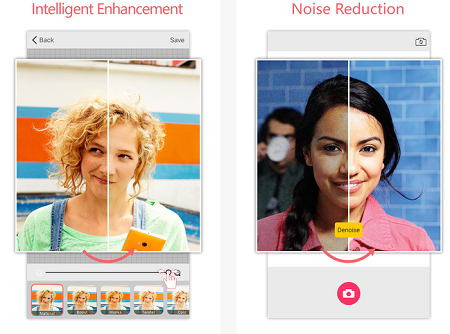 "Microsoft Selfie can produce professional looking photos," Peggy Dai, program manager of the Microsoft incubation team, adding, "Within two weeks after releasing, our app has achieved more than half a million downloads, which is a lovely surprise for our team."

Contrast that download performance with that of startup Dubsmash, which allows users to create and share dubbed lip-synching videos. Between its launch in Nov. 2014 through its announcement in Aug. 2015, it surpassed 75 million downloads -- an average of 3.75 million downloads every two weeks. Dubsmash also noted at the time its app had ascended to the No. 1 spot on Apple's App Store in 78 countries.

Other companies that allow users to ham it up for video selfies include pioneer SnapChat and Musical.ly, for example.

Video selfies are expected to be hot in the coming years, according to research firm Gartner. In a 2014 announcement, Gartner predicted that "live video broadcasting will be the new 'selfie'" by 2017. Gartner also noted, "Although live and user-generated video is still less accessible than static photography, it is also growing in popularity."

Brian Blau, Gartner research director said in the statement, "The next generation of consumer services and products has one main theme in common and that is video."

Dawn Kawamoto is an Associate Editor for Dark Reading, where she covers cybersecurity news and trends. She is an award-winning journalist who has written and edited technology, management, leadership, career, finance, and innovation stories for such publications as CNET's ... View Full Bio
We welcome your comments on this topic on our social media channels, or [contact us directly] with questions about the site.
Comment  |
Email This  |
Print  |
RSS
More Insights
Webcasts
Unifying Your Endpoint Security Strategy
Managing Your Enterprise Collaboration Platforms
More Webcasts
White Papers
Accelerate Network Operations Efficiency with AIOps
Formulating a Robust Pivoting Methodology
More White Papers
Reports
Cortex XDR Rides the Forrester Wave as a Leader
Are We Cyber-Resilient? The Key Question Every Organization Must Answer
More Reports