Microsoft has demonstrated its commitment to building tech for the future, but there is still some room for improvement across Windows, Office, and hardware. 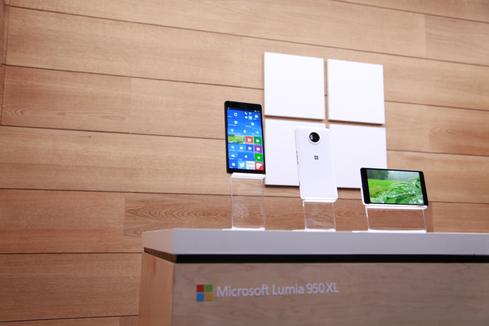 This has been a big year for Microsoft, which is ramping up its efforts to compete as a modern tech company with the likes of Apple and Google.

An eventful and promising 2015 brought the launch of Windows 10, Office 2016, and new Windows 10 hardware; however, there are a few key areas Redmond will need to focus on as it makes the transition into 2016.

When CEO Satya Nadella took the helm in early 2014, he introduced the "mobile first, cloud first" vision that would dictate Microsoft's future. Since then much of the company's structure, products, and services have been revamped to better reflect Nadella's ideas.

[What's up next? IT watchers predict the future of Windows.]

Much of Nadella's changes seem positive for Microsoft. The Windows 10 OS caters to a cloud- and mobile-savvy user base with a cross-device platform. It has been downloaded on more than 110 million PCs, eight million of which were enterprise devices.

The Office suite also underwent a tremendous amount of change as Microsoft narrowed its focus on enabling productivity in the cloud. Office 2016 was released on Mac and Windows; it was also optimized for mobile use on iOS and Android devices.

Some changes did not affect Microsoft's products and services, but the people who make them. An executive shakeup in June, which resulted in the departure of former Nokia CEO Stephen Elop, was intended to better realign Microsoft's engineering efforts with its three core ambitions: creating more personal computing, reinventing productivity and business processes, and building the intelligent cloud.

There remains room for improvement among Microsoft's key products and services as it plans for the future. Let's take a closer look at where it'll need to buckle down for the rest of 2015 and into next year.