Google is updating older Nexus devices to Android 5.0. Here's what you need to know about the new and improved OS.

Android 5.0 Lollipop is finally here. Google first previewed the new operating system in June and it is now officially available to some smartphones and tablets. Lollipop is a huge leap forward for Android. Not only does it have a fresh design, it also adds hundreds of new features that are worth exploring.

Google said existing Nexus devices will begin to receive Android 5.0 this week. That means the Nexus 4 from 2012, Nexus 5 from 2013, and the Nexus 7 from 2013 (WiFi model only) can install the latest version of the OS. Google is rolling the update out to devices in phases, so it may take up to a week for it to reach everyone.

Motorola is also pushing Android 5.0 to select devices. It announced that this year's crop of smartphones, including the Moto X and Moto G, will be updated to Lollipop beginning this week. Motorola warned that only the "Pure Edition" of the second-generation Moto X will see Android 5.0. It didn't say when carrier-based variants will get a taste of Lollipop.

LG said over the weekend that it will deliver Lollipop to the G3, its flagship smartphone. LG is starting the rollout in Poland, however, and hasn't said when other markets will see Lollipop.

These are the only firm commitments to deliver Android 5.0 to specific handsets. Both HTC and Sony have said they plan to push Lollipop to their flagship devices eventually, but they haven't yet provided a solid timeframe. 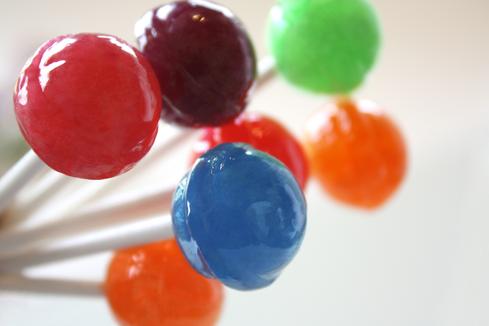 What's the big deal about Lollipop? Everything.

Google has refreshed the look and feel of Android for the first time since 2011's Android 4.0 Ice Cream Sandwich. Lollipop employs what Google calls Material Design. After using it for several weeks, I can say that it is the best-looking version of Android yet. It's more colorful, flatter, and unified thanks to new design elements that stretch across most apps. For example, there's a new control tray that slides out from the left side of the screen for adjusting app behavior, and an easy-to-spot tool for initiating new text messages, emails, and more. Material Design uses less black and more white, giving it a more appealing modern look.

All the core communications tools -- phone, contacts, email, messaging -- have been improved across the board. Gmail, for example, now supports most POP/IMAP email services in addition to Exchange ActiveSync. Gmail can serve as a master email app for practically any email account you have. The phone and contact apps have been more closely intertwined, making it easier to find and reach out to people.

The media apps have all been updated as well, including Play Music, Movies & TV, Books, and Newsstand. It is easier to browse through the Play Store to discover content, and the playback apps offer a wider range of features. The Play Music app, for example, is better at differentiating between local and cloud-based music. The Books app has improved navigation tools for non-fiction titles. And the Movies & TV app now shows info cards about programs that are cast to nearby TVs.

Let's not forget about Google Drive, Docs, and Sheets. Google's entire productivity suite is much easier to use thanks to expanded features and more options. I like how simple it is to discover documents, edit them, and then share them directly from your smartphone.

Android 5.0 Lollipop is a breath of fresh air. It's a more mature operating system that really puts pressure on Apple's iOS and Microsoft's Windows Phone. It's worth installing on your phone or tablet as soon as you can.

My S3 from Verizon didn't get updated to Kitkat until almost a year after it was out and to add insult to injury it didn't have the latest version of Kitkat when I upgraded to the Note 4 last month.  The Nexus I had before the S3 (also from Veriszon) is still being used and has never been updated.  Way to go Verizon, NOT.
Reply  |  Post Message  |  Messages List  |  Start a Board

I'm sorry to see that the Nexus 10 is not on the list.  It's been a great tablet and could use the update sooner rather than later.  I"ve also upgraded to a Note 4.  What a wonderful phone!  I'd like to see Verizon and Samsung get the Note 4 updated soon but I won't hold my breath as these two are notorious for dragging their feet on updates, probably late next year.
Reply  |  Post Message  |  Messages List  |  Start a Board

Sounds like a solid new version, but I wish the rollout wasn't so staggered. I have a Nexus 7 but from 2012. Do I not qualify for Lollipop? Samsung is not mentioned in the story, but I have a Galaxy S5. I'm sure Lollipop will be available for my devices at some point but the wait shouldn't depend on the brand of Android hardware you use. This is the main problem with Android -- too much fragmentation. Otherwise, I'm a happy user. :)
Reply  |  Post Message  |  Messages List  |  Start a Board

To be fair and accurate, the Gmail updates touted are available across most Android versions. They are part of Gmail, not specifically part of Lollipop. I have POP and IMAP in Gmail on my Verizon 4.4.2 Samsung Galaxy S4. Some of the other features mentioned might be enough to push me in the direction of a phone upgrade, though.
Reply  |  Post Message  |  Messages List  |  Start a Board
Editors' Choice
Hot Topics