Google has completed the SDK for its Android 6.0 update, officially called "Marshmallow," along with a final preview for Nexus phones.

Gather 'round the campfire, readers. Google has announced Android M will be known as "Marshmallow" and the company has now also released the Android 6.0 SDK and final software preview.

Google has adopted the practice of naming Android OS releases after food that is bad for its users. While not quite as catchy as Lollipop, Marshmallow certainly beats Maple Syrup or Milk Duds.

We learned the details behind the newest version of Android at Google I/O earlier this year. Android M was released to developers at that time, with a public rollout expected in Q3 2015.

A few months later, Google is almost ready to release Android Marshmallow to the public.

The third Developer Preview released Monday, Aug. 17, for Nexus smartphones delivers a couple of improvements on the last update, delivered in July. These include an updated permissions user interface and enhancements to the Fingerprint API including better error reporting, fingerprint enrollment experience, and reliability.

The Marshmallow preview is available for supported Nexus smartphones including the Nexus 5, Nexus 6, Nexus 9 and Nexus Player. These devices will receive an over-the-air (OTA) update over the next couple of days, Android product manager Jamal Eason writes in a blog post.

Eason also notes the preview images are almost final but still not intended for consumer use. When Marshmallow launches later this fall, Nexus users will need to manually re-flash their devices to a factory image in order to continue receiving consumer OTA updates.

The Android 6.0 SDK is also available for download today through the SDK Manager in Android Studio. 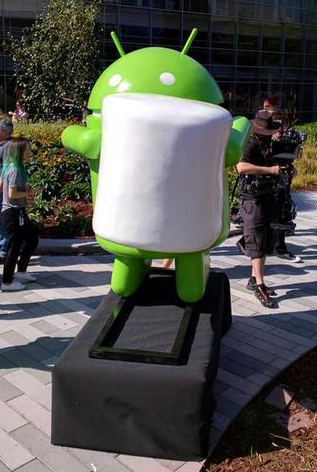 Marshmallow will also pack a few new features for enterprise environments. Android 6.0 has an API for owners of Work Profile to measure data used by work apps; a DevicePolicyManager API for getting devices up and running on corporate networks; and the ability for admins to set up non-editable WiFi configurations.

Kelly Sheridan is the Staff Editor at Dark Reading, where she focuses on cybersecurity news and analysis. She is a business technology journalist who previously reported for InformationWeek, where she covered Microsoft, and Insurance & Technology, where she covered financial ... View Full Bio
We welcome your comments on this topic on our social media channels, or [contact us directly] with questions about the site.
Comment  |
Email This  |
Print  |
RSS
More Insights
Webcasts
Monitoring Critical Cloud Workloads
4 Practical Tips for Building a Data Lake
More Webcasts
White Papers
The State of Zero-trust Security Strategies
Guide to Enabling 5G Deployments
More White Papers
Reports
Enabling Enterprise Resiliency Through Cyberthreat Detection
Intelligent Outcomes Are Key to Business Resilience
More Reports