To many people, artificial intelligence is something only available in science fiction movies, as in HAL in 2001: A Space Odyssey or Skynet in The Terminator. In these dystopian tales AI is often something to be feared. Andy Rubin, the father of Android, sees a not-too-distant future when AI isn't scary at all and plays a more central role in our lives.

"There is a point in time -- I have no idea when it is, it won't be in the next 10 years, or 20 years -- where there is some form of AI, for lack of a better term, that will be the next computing platform," said Rubin onstage at the Code/Mobile conference.

More specifically, Rubin believes Internet-connected devices (smartphones, tablets, thermostats, smoke detectors, and cars, for example) will create massive amounts of data that will be analyzed by deep-learning technologies. This process will be the foundation of the first artificial intelligence networks. They will be able to tell people, for instance, what their thermostat is set to, when it's time to hit the gym, and whether or not your pool has too much chlorine. 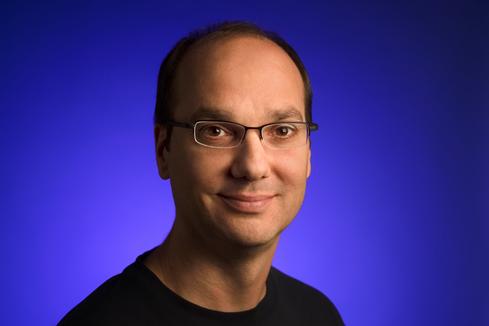 Context is important. "The thing that's gonna be new is the part of the cloud that's forming the intelligence from all the information that's coming," said Rubin. "Maybe that thing in the pool ... is to train a neural network on what [the] chemical analysis of water means."

In other words, the network will know that the imbalance of chlorine is not good, and some form of action should be taken, whether that is to alert the pool owner or automatically inject the right chemical mixture into the water.

Some would argue we're well on our way towards making artificial intelligence a part of our daily lives. We need only look at our smartphones to see how.

Google Now, Google's voice-activated assistant, demonstrates some of the benefits AI can provide. For example, Google Now scans Gmail and automatically creates calendar appointments based on what it sees. It can also tell people about real-time traffic impacting their commute, or if their flight is delayed. Google is already putting deep learning to use to help Google Now improve its language capabilities. Microsoft's Cortana and Apple's Siri offer some of these same behaviors.

IBM's Watson is another example of nascent AI. Watson's first functions were limited to language processing and competing on Jeopardy! Since then, IBM has been putting Watson to use for more noble causes, such as managing healthcare and education across the African continent.

Given the powers already available from Google Now, Cortana, Siri, and Watson, it's tempting to think Rubin's prediction of AI taking hold in 10 to 20 years is incredibly conservative.

Hopefully we won't have to wait that long.