50%
Tweet
The purchase could give Apple the software it needs to take Siri, and potentially its automotive project, to the next level.

Apple has reportedly bought UK startup VocalIQ, according to a new report from the Financial Times.

VocalIQ builds speech-processing technology. Its software is designed to facilitate more natural communication between humans and computers, as explained by sources close to the deal.

In a blog post from the company, VocalIQ explains how the challenge of the Internet of Things is in combining human and artificial intelligence to create a continuous stream of new knowledge. It believes we need more than automated speech recognition (ASR) to improve the conversation between people and machines.

"What we need is framework for a real dialog, a conversation," wrote officials, "where it's not just us humans doing the talking, but the machines [things] talk to us if and when they have something important to say. And they will. Lots. What we need is Machine Initiated Dialog."

With the power of machine learning, VocalIQ is attempting to create the type of virtual assistant we have only seen in movies like Her. Such a tool could enhance Apple's Siri or become part of Apple's automobile project.

Modern navigation systems have the ability to display real-time traffic data inside the vehicle, VocalIQ explains, but drivers are restricted in navigating them. A vocal dialog system could help by enabling the driver to chat with a machine and receive directions while paying attention to the road.

Despite the billions of dollars being invested in these services, the startup claims all of them "fell well short of consumer expectations" and dismisses Siri as a "toy." 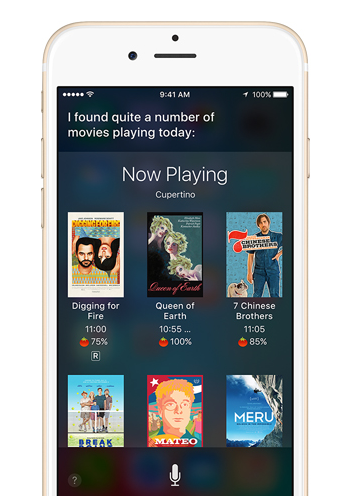 Most modern digital assistants can better understand human vocabulary, the blog post continues, but have little understanding of the context of those words. Companies such as Apple and Google are stuck in a "medieval" approach to conversation because they continue to use "pre-programmed, flow-chart based response that don't learn."

VocalIQ claims the most successful assistant will be a self-learning multi-domain system that can hold a conversation with people about hotel bookings, movies, restaurants, and music. Perhaps it will help Apple create such an assistant in Siri.

In a statement confirming the deal to the Financial Times, Apple officials gave their usual response: "Apple buys smaller technology companies from time to time, and we generally do not discuss our purpose or plans."

Kelly Sheridan is the Staff Editor at Dark Reading, where she focuses on cybersecurity news and analysis. She is a business technology journalist who previously reported for InformationWeek, where she covered Microsoft, and Insurance & Technology, where she covered financial ... View Full Bio
We welcome your comments on this topic on our social media channels, or [contact us directly] with questions about the site.
Comment  |
Email This  |
Print  |
RSS
More Insights
Webcasts
Building and Refining Threat Hunting Practices in Your Enterprise
Enterprise Database Strategies for 2020
More Webcasts
White Papers
[Forrester Research] The State of Data Security & Privacy
Database Security in the Cloud
More White Papers
Reports
Special Report: The Changing Face of Threat Intelligence
[Special Report] Remote Network Management
More Reports

Siri is not only about voice recognition but it opens the channel for machine to human being communication. I just got my new Audi Q5 and it supports voice recognition, too. Although the command set is still pretty simple, I already found it quite useful for convenience and simplicity.
Reply  |  Post Message  |  Messages List  |  Start a Board
Editors' Choice
Hot Topics