Apple, Facebook And Google Are Top Apps Of 2015 - InformationWeek

Three Silicon Valley tech giants, Apple, Facebook, and Google, account for the lion's share of app usage on smartphones and tablets in the US, according to Nielsen.

If you picked up a smartphone any time in the last year, chances are you used apps from Apple, Facebook, and Google. Five of the top ten apps come from Google, while three come from Facebook and two from Apple. Microsoft's apps are nowhere to be found.

"Facebook again took the lead as the top smartphone app," according to Nielsen's Dec. 17 report, which compiled app usage between January and October. "The social networking app had more than 126.7 million average unique users each month, a growth of 8% from last year." Strikingly, that number represents only 39.6% of Americans, meaning the bulk of US citizens steer clear of the social networking powerhouse. 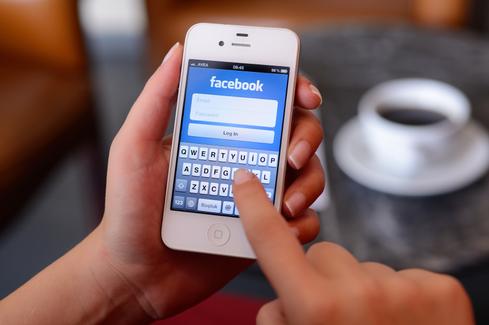 Facebook Messenger saw the biggest year-over-year jump with a 31% surge in usage. Messenger used to be a part of the main Facebook app, but Facebook pulled Messenger out in order to boost its feature set. Throughout 2015 the socially minded messaging app saw 96.4 million users per month.

Google Search, Google Play, Google Maps, and Gmail from Google ranked fourth through seventh, in order. These four apps are preinstalled on the majority of Android devices.

Facebook-owned Instagram experienced a healthy 23% increase from the previous year and enjoyed some 55.4 million monthly users. The photo-sharing service is popular with celebrities, and even regular people.

Apple-made apps landed in the ninth and tenth spots in Neilson's yearly rankings.

Apple Music recorded 54.5 million monthly users. It saw the second-greatest growth of any app, with a jump of 26%. This could be attributed to the mid-year launch of the Apple Music streaming service, which was baked into the iPhone's music player app. Rounding out the top 10, if you can believe it, is Apple Maps. Apple Maps was a joke when it first launched, but Apple has shored it up, made it more accurate, and added voice-guided, point-to-point navigation. Usage climbed 16% to 46.4 million monthly users.

Microsoft might have worked magic with its Office suite of productivity apps for the Android and iOS platforms this year, buts its key apps failed to break into the top 10.

Nielsen's data finds that Google's Android platform owns the US market at 52.6%, with Apple's iOS lagging behind at 42.7%. Eight of the top ten apps are available to both the Android and iOS platforms, with the exception of Apple Maps (iPhone) and Google Play (Android).

The app market for consumption and entertainment related apps has matured. The next wave of growth will come if app developers focus on productivity related apps. Microsoft's Office Suite is a great addition. However, these types of apps will have to increase in numbers by many times, AI apps and IoT apps will also have to increase for the next wave of growth to take place.
Reply  |  Post Message  |  Messages List  |  Start a Board
Editors' Choice
Hot Topics