Apple pushes out an update to its update that bricked new iPhones.

6 Things Not To Do With iPhone 6
(Click image for larger view and slideshow.)

Apple released iOS 8.0.2 late Thursday for iPhones, iPads, and iPods. The new system software arrived about 30 hours after Apple yanked the iOS 8.0.1 update, which essentially rendered the iPhone 6 and 6 Plus useless. Apple says the latest operating system patch solves that and other problems.

According to the iOS 8.0.2 changelog, the software patch "fixes an issue in iOS 8.0.1 that impacted cellular network connectivity and Touch ID on iPhone 6 and iPhone 6 Plus." (It took this writer several hours to restore functionality to an iPhone 6 Plus after the first update borked the phone.)

The company indicated only 40,000 iPhone 6 and 6 Plus handsets downloaded the iOS 8.0.1 update before it was pulled, according to Bloomberg. When you compare that to the 10 million devices Apple has sold since the September 19 debut, the number is indeed rather tiny. Bloomberg further reports the same Apple employee who gave Apple Maps the green light back in 2012 also gave the green light to iOS 8.0.1. If you recall, Apple Maps was generally regarded as a disaster at launch, with malformed maps and mislabeled points of interest. This employee runs a team of more than 100 engineers worldwide who are responsible for finding software bugs before they reach consumers. In the case of iOS 8.0.1, they failed.

"We apologize for inconveniencing the iPhone 6 and iPhone 6 Plus users who were impacted by the bug in iOS 8.0.1," Apple said in a statement. 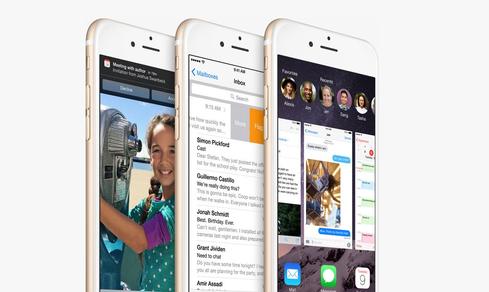 Beyond the connectivity patch, iOS 8.0.2 includes a hefty number of other fixes for various parts of the operating system. Foremost, the update resolves an issue that prevented HealthKit apps from appearing in the App Store. With that fixed, iPhone owners can expect to see a wide range of new healthcare apps show up that are able to sync with the Apple Health app, which is part of the new operating system. HealthKit-compatible apps are able to provide the Apple Health app with a wide range of health-based data so iPhone users can see both a high-level and ground-level view of their health and fitness levels.

The software patch also fixes a problem that prevented apps from accessing photos in the Photo Library; improves the Reachability feature on the iPhone 6 and 6 Plus; prevents SMS/MMS messages from using cellular data; improves iCloud restore functionality; and solves a bug that blocked Safari from uploading photos and videos.

iOS 8.0.2 is small enough that it can be downloaded and installed over-the-air.

Eric is a freelance writer for InformationWeek specializing in mobile technologies. View Full Bio
We welcome your comments on this topic on our social media channels, or [contact us directly] with questions about the site.
Comment  |
Email This  |
Print  |
RSS
More Insights
Webcasts
What We Can Learn from Sports Analytics
The Failures of Static DLP and How to Protect Against Tomorrow's Email Breaches
More Webcasts
White Papers
Eliminate East-West Traffic Hair-Pinning
Top Threats to Cloud Computing: The Egregious 11
More White Papers
Reports
Evolution of Ransomware Gangs
Special Report: Edge Computing: An IT Platform for the New Enterprise
More Reports

I work as an IT consultant...so that means that I'm a major geek :)

I love testing things out, identifying potential defects for the purpose of providing the feedback so that fixes can be outputed.

So the fact that apple is having to pull and provide updates is not a major concern, since no matter the level of testing that you perform, once things roll out and the rubber meets the road, you will find some hurdles at the beginning.

I think companies appreciate when users provide the feedback so that they can make things better, and I don't see this as a frustrating process, but a way that leads to greater improvements
Reply  |  Post Message  |  Messages List  |  Start a Board

that is the price people pay for becoming the first users. They get to becomes the first people to experience the first bugs.  This happens with all computer companies not just apple, yes.  I rather wait for the second realases.  They tend to be much stable.  I really hope they fire the guy who lead to the patch.  This is his second strike.  The third one and he is out.
Reply  |  Post Message  |  Messages List  |  Start a Board

Living on the cutting edge of technology is rough. You are much better waiting for the "fixes" to come out.

Apple is no different than any other vendor... First releases have bugs.
Reply  |  Post Message  |  Messages List  |  Start a Board

Waiting is even more important on the desktop, where users may have costly apps that aren't updated often and may be protected by DRM -- I'm looking at your Sibelius and Pro Tools. Updates often break such apps so it's wise to move slowly.
Reply  |  Post Message  |  Messages List  |  Start a Board

A month's wait sounds safe. A friend asked me today how long to wait to upgrade iOS and my answer was: Definitely not this weekend.
Reply  |  Post Message  |  Messages List  |  Start a Board

As a IT professional that has seen lots of new releases of Operating Systems over the past 38 years, I've been "bitten" by loading the lastest software many times early in my career.  I'm done being "bitten" by software defects as an early adopter and then spend hours backing it out and restore the state of my device.  Functionality is more important than having the latest bunch of bells and whistles.


I can understand the owners of the iPhone 6 and 6 plus wanting their phone to work correctly when they don't have a choice to load a more stable release.

Owners of older phones need to be smart and patient.  Apple will eventually get it right and you won't feel like a guinea pig in the process.
Reply  |  Post Message  |  Messages List  |  Start a Board
Editors' Choice
Hot Topics