Call it app development -- Italian style. Apple says its iOS Development Center in Naples is just the first of a European expansion to encourage app developers and job creation.

Apple is preparing to open a development center for iOS applications in the Italian city of Naples, its first in Europe. So far, the company claims it has created over 1 million jobs in Europe. The center will help fuel even more opportunity for up-and-coming developers.

The iOS App Development Center will support teachers and provide a specialized curriculum preparing future developers for work in the field. The center will also help students develop practical skills and training for creating applications for the iOS platform.

In addition, Apple plans to create partnerships across Italy that can deliver developer training to complement Apple's iOS development curriculum and create additional opportunities for students.

The company also has plans to expand these development centers across Europe -- though it did not reveal locations or a specific timeline -- and called itself a "powerful engine of growth" across Europe. 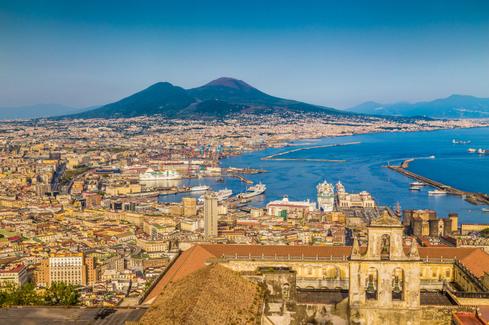 "Europe is home to some of the most creative developers in the world and we're thrilled to be helping the next generation of entrepreneurs in Italy get the skills they need for success," Apple CEO Tim Cook wrote in a Jan. 21 statement. "The phenomenal success of the App Store is one of the driving forces behind the more than 1.4 million jobs Apple has created in Europe and presents unlimited opportunities for people of all ages and businesses of all sizes across the continent."

Cook emphasized the job creation portion of the announcement in a Tweet on Thursday.

Apple has created over 1.4m jobs across Europe 🇪🇺 and we're announcing a center for aspiring iOS developers in Italy https://t.co/v9RLYX6u6u

The company claims more than 75,000 Italian jobs are attributable to the App Store, and boasted it had helped developers in Europe earn more than $11 billion from selling their apps worldwide.

Apple also touted its successful partnerships in the country, pointing to Milan-based Laboratorio Elettrofisico, a specialist in magnetization equipment whose technology enables some of the magnetic features found in Apple products.

[Check out these seven iPhone 7 rumors.]

Among the Italian app developers mentioned in the announcement was the travel-booking and activities application Musement, which is available in seven languages in 300 cities across 50 countries, and IK Multimedia, whose apps have topped 25 million downloads.

In January, Apple reported billings from the App Store topped a record $20 billion in 2015, and generated more than $6 billion in Apple revenue last year.

Apple's most lucrative period for the App Store occurs during the holiday season. During the weeks of Christmas and New Year customers spent over $1.1 billion on apps and in-app purchases, thereby setting back-to-back weekly records for traffic and purchases.

The first of January marked the biggest day in App Store history, with customers spending over $144 million and shattering the previous single-day record set just a week earlier on Christmas Day.

While Apple is investing in app development in Europe, it may be cutting back on production half a world away, in China, where a report in The Wall Street Journal claimed the company was cutting down on production of its flagship product, the iPhone.

The Journal also quoted three unnamed sources familiar with Apple's supply chain that said the company had been reducing order forecasts for component suppliers over the past few months.

Nathan Eddy is a freelance writer for InformationWeek. He has written for Popular Mechanics, Sales & Marketing Management Magazine, FierceMarkets, and CRN, among others. In 2012 he made his first documentary film, The Absent Column. He currently lives in Berlin. View Full Bio
We welcome your comments on this topic on our social media channels, or [contact us directly] with questions about the site.
Comment  |
Email This  |
Print  |
RSS
More Insights
Webcasts
Hybrid Cloud: The Great Balancing Act
Nip Ransomware in the FUD: Detecting Attacks Pre-Encryption
More Webcasts
White Papers
iPaaS Intrigue: A Faster Path to Digital Transformation
How Secure Are Your Endpoints?
More White Papers
Reports
The Malware Threat Landscape
Special Report: Edge Computing: An IT Platform for the New Enterprise
More Reports

Another indicator that the inventors of the new digital economy in the U.S. -- Apple, Amazon, eBay, Facebook and Google, among others -- are actually global companies building a new global economy.
Reply  |  Post Message  |  Messages List  |  Start a Board
Editors' Choice
Hot Topics