With the Chromium 53 update, Google Play Store and Android apps are coming to the Asus Chromebook Flip. The move marks the start of a new era for Google's laptops.

Google first announced plans to bring the Play Store and Android apps to Chromebooks at its I/O developer conference in May.

"With expanded app availability, new use cases and improved workflows can be achieved for all Chromebook users, whether for personal use, for work or for education," Google software engineers Dylan Reid and Elijah Taylor previously explained. Given Chromebooks' reliance on browser-based apps, the addition of 1.5 million Android apps -- including a wide variety of games and productivity tools -- is a big deal.

Google said at its I/O conference that the Asus Chromebook Flip, Acer Chromebook R11, and Google Chromebook Pixel would be the initial trio of devices given access to Android apps. The Chromium team began pushing the Chromium 53 update to all three on June 16. 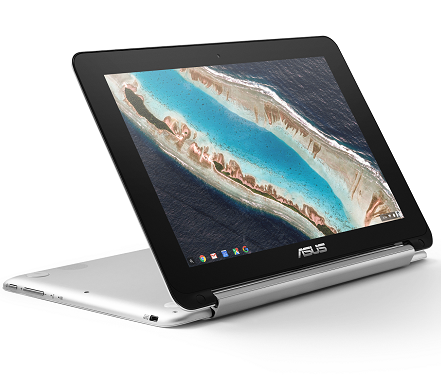 Keep in mind, this update applies only to Asus Flip Chromebooks in the developer channel. Chromium 53 is being pushed to the Chromebook Pixel and R11, too, but for whatever reason the Play Store is MIA on those devices. The developer channel, Google warns, is "not suitable for use on your primary device and certain features and apps might break."

In other words, tread lightly. The beta release of Chrome 53, which should be stable enough for most people, will likely arrive in about six weeks.

[Here are the five key takeaways from this year's Google I/O.]

Redditors are reporting some general bugginess and glitches, which is par for the course with a developer release.

Google's François Beaufort says more devices will see the Chromium 53 update soon, though he didn't specify which. The list of Chrome-based devices that will be given the Play Store and Android Apps is fairly extensive. Some of the OEMs that will support the Play Store include Acer, Asus, Dell, Google, Haier, HP, Lenovo, Samsung, Toshiba, and about a dozen others.

If you have an Asus Chromebook Flip and are enrolled in the developer program, be sure to check out Chromium 53, the Play Store, and Android apps.