Google software lets developers package Chrome Apps to run on Android and iOS devices as if they were native mobile apps. Move helps bridge the gap between web and native development.
10 Best Android Apps of 2013
(Click image for larger view.)

For several years, people have speculated whether or not Google's two operating systems, Chrome OS and Android, will converge. Though they remain separate, they're now connected by a bridge of sorts.

Google on Tuesday released software that allows developers to package Chrome Apps so they can run on Android and iOS devices as if they were native mobile apps.

In September last year, Google introduced a new kind of Chrome App, a web app or website -- there isn't much distinction -- that can run locally outside the browser, as if it were coded for the user's desktop operating system. Such apps have been called "packaged web apps," to distinguish them from web apps that require a connection to a remote server, but Google has been referring to both varieties simply as Chrome Apps.

Let it suffice to say that packaged Chrome Apps come with the files they need to operate, as much as possible, without a network connection. Because they're designed to be self-sufficient rather than network-dependent, they can be transformed with the right tools to operate in different environments.

Google has released a toolchain (software installed through the command line) that allows the open-source Apache Cordova mobile framework to make Chrome Apps run as hybrid web apps on Android and iOS devices. 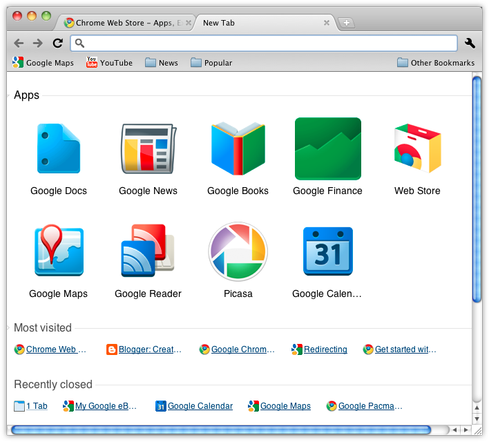 Prepared thus, Chrome Apps can be submitted to Google Play and Apple's App Store where, if approved, they can be downloaded, for free or a fee, by Android or iOS customers.

Web app developers do not get a free lunch here. Apps converted in this manner tend not to perform as well as native mobile apps. Nor is it likely that Chrome Apps will be able to take full advantage of unique device or platform features. Apple's Steve Jobs said in 2010 that third-party cross-platform development tools of this sort lead to substandard apps.

Nevertheless, Apple backtracked away from banning non-native apps, and since then, cross-platform mobile development tools have proliferated. Now, Chrome App developers with the right sort of app -- something other than a complex 3D game, presumably -- have access to a new set of customers through Apple's and Google's online stores.

"For web developers, this toolchain provides a simple workflow for extending the reach of Chrome Apps to users on mobile platforms," said Google engineer Andrew Grieve in a blog post. "The toolchain is in developer preview mode, and we expect to continually improve it based on your feedback."

We welcome your comments on this topic on our social media channels, or [contact us directly] with questions about the site.
Comment  |
Email This  |
Print  |
RSS
More Insights
Webcasts
Take DevOps to the Next Level
SASE: The Right Framework for Today's Distributed Enterprises
More Webcasts
White Papers
2020 SANS Enterprise Cloud Incident Response Survey
The Top 5 Mistakes Everyone is Making in Vulnerability Remediation
More White Papers
Reports
2021 Top Enterprise IT Trends - Network Computing
How Data Breaches Affect the Enterprise (2020)
More Reports

It would depend on the architecture of the app. If the messages are stored on a remote server, then any instance of the app, regardless of its client environment, should be able to access the messages. If it's a game that stores a set of preferences locally, then opening that same game on a diffent device wouldn't access the same preference file, unless it has been synced through a cloud service.

The selling point for end users is access to more potential apps. But the real value here is for developers. If you can develop a Chrome App and have it run on mutliple platforms and devices, that's much less work than doing specialized builds for each device.
Reply  |  Post Message  |  Messages List  |  Start a Board

Does the bridge concept mean that the data in/generated by these apps on one device is accessible by all devices? Say for example that I get a text message on my Android phone via one of these apps; could I retrieve and answer that message on a Chromebook in real or near real time? Essentially, what's the selling point for end users?
Reply  |  Post Message  |  Messages List  |  Start a Board
Editors' Choice
Hot Topics