Now flush with $80 million in new funding, Cyanogen is looking to create a unique version of Android that doesn't rely on Google. Will smartphone manufacturers try it?

With an additional $80 million in the bank this week thanks to some generous Series C financing, custom Android ROM developer Cyanogen is looking to develop a new flavor of the open-source mobile operating system that doesn't rely on Google.

Cyanogen, which has offices in Seattle and Palo Alto, is in the process of developing software that allows operating system users -- in this case, those using Google's Android platform -- to remove software and system files and replace them with new ones to alter the behavior of the OS and the device.

Cyanogen's OS is built on Android, but offers a host of personalization features and is aimed at an audience that no longer wants to be tied to the bundled software and apps -- like Google Play or Hangouts -- that are included with each flavor of Android.

The platform also puts a strong emphasis on security, offering features such as Protected Apps, which let users secure selected apps out of sight, inside secure and lockable folders on the home screen. There's also a clever feature called PIN Scramble, which randomizes the numbers behind the user’s PIN every time. 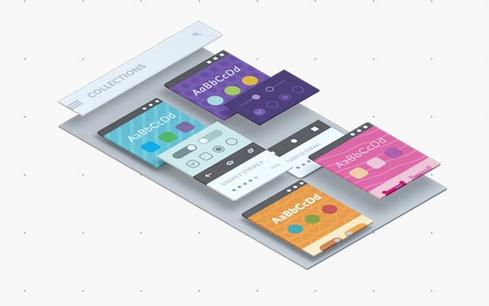 Among the other features on the Cyanogen platform include the ability to create custom controls, such as removing buttons or selecting actions for different gestures, and Nextbit, which automatically syncs and backs up apps and data between devices.

A March 23 statement by Cyanogen indicated that the money would be used to accelerate development of the OS and as well as hire staff -- the company currently lists 17 open engineering positions, mostly in Seattle, as well as two strategic partnership management positions, one for devices, and one for the platform.

The company may also be getting support from an unlikely source -- Microsoft -- which The Wall Street Journal reported is a quiet investor in the rouge Android startup.

[Read more about the history of smartphone operating systems.]

Led by Premji Invest the funding round also included participation Twitter and a host of telecommunications companies, including Qualcomm, Telefónica Ventures, and Smartfren Telecom.

Additional participants ranged from Access Industries, the US-based industrial group headed by Len Blavatnik to Index Ventures and Rupert Murdoch and Vivi Nevo, among others that remain to be announced.

The company has already received investment support from Benchmark, Andreessen Horowitz, Redpoint Ventures, and Tencent Holdings, which also participated in the latest funding round.

The company claims to have more than 9,000 developer contributors, and has the second-largest repository on Github after Ruby on Rails.

Earlier this month, the company announced a partnership with Qualcomm that will provide support for certain features of Cyanogen on select Snapdragon processors, including those in the 200, 400, and 600 series.

In addition, Cyanogen features such as the platform's new launcher will also be available for the upcoming Qualcomm Reference Design (QRD) program across those tiers of processors.

Among other recent partnerships is an agreement with Alcatel OneTouch, which includes an unlocked HERO 2+ phablet for North America featuring Cyanogen, and is the first phablet with an octa-core processor with the OS natively available on the device.

Nathan Eddy is a freelance writer for InformationWeek. He has written for Popular Mechanics, Sales & Marketing Management Magazine, FierceMarkets, and CRN, among others. In 2012 he made his first documentary film, The Absent Column. He currently lives in Berlin. View Full Bio
We welcome your comments on this topic on our social media channels, or [contact us directly] with questions about the site.
Comment  |
Email This  |
Print  |
RSS
More Insights
Webcasts
Building Asset Management into Your Enterprise Security Strategy
Managing a Hybrid Cloud Infrastructure
More Webcasts
White Papers
SANS Institute Survey: The State of Cloud Security
The Five Major Security Pitfalls of WFH and How to Solve Them
More White Papers
Reports
The Need for Speed: Second Generation EDR
Building the SOC of the Future
More Reports