Cyanogen's version of Android will include Microsoft apps and services. 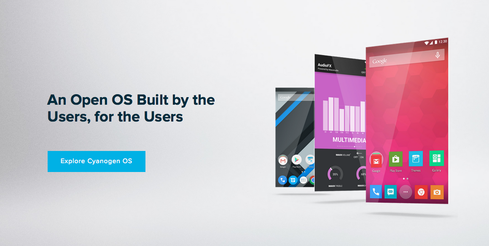 Thomas Claburn has been writing about business and technology since 1996, for publications such as New Architect, PC Computing, InformationWeek, Salon, Wired, and Ziff Davis Smart Business. Before that, he worked in film and television, having earned a not particularly useful ... View Full Bio
We welcome your comments on this topic on our social media channels, or [contact us directly] with questions about the site.
Comment  |
Email This  |
Print  |
RSS
More Insights
Webcasts
People Are The Most Important Part of Autonomous SOC
Don't Miss This Cybersecurity Virtual Event
More Webcasts
White Papers
Improving Security by Moving Beyond VPN
MontanaPBS Shifts to Agile Broadcasting with Help from Raritan KVM Solutions
More White Papers
Reports
Protection Strategies for a Cyber-Resilient Organization
Are Unprotected Cloud Databases Leaking Your Data?
More Reports

As I started reading your article, I thought, "maybe this will get Google out of hot water in Europe", but you beat me to it one sentence later! Now, poor little Microsoft won't be shut out by big, bad, Google anymore.  In a world where everybody's apps run on everyone else's operating systems and platforms, this announcement from Cyanogen, although interesting and exciting, can't really be said to be much of a surprise. It's of amusing to see how the invisible hand almost always corrects problems before regulators can get to them. My only gripe is that Android seems to forking and evolving so quickly that it's almost impossible to find decent documentation on some devices.
Reply  |  Post Message  |  Messages List  |  Start a Board

"amusing to see how the invisible hand almost always corrects problems before regulators can get to them." And with much less of a stifling effect. That's why benign neglect is sometimes better than well-intended intervention.
Reply  |  Post Message  |  Messages List  |  Start a Board
Editors' Choice
Hot Topics