The Solicitor General advises the Supreme Court to reject Google's petition to have its copyright infringement loss to Oracle reviewed.

The Department of Justice doesn't want the US Supreme Court to consider Google's claim that software APIs should not be covered by copyright law.

In a brief filed with the Supreme Court, the Department of Justice argues that the high court should reject Google's appeal of a federal appeals court ruling that sided with Oracle. In 2010, Oracle sued Google for patent and copyright infringement over Google's use of Java in Android.

In 2012, after Google was found not to have infringed Oracle's Java patents, US District Court Judge William Alsup ruled that Google could use Oracle's Java APIs in Android because the sequence and structure of APIs are not protected under copyright law.

Just prior to that decision, the Court of Justice of the European Union came to a similar conclusion, ruling that neither the functionality of computer code nor the format of data files are expressive enough to qualify for copyright protection.

[ For more on Google, read about 10 things we expect from its I/O Developer Conference. ]

But in 2014, a Federal Circuit decision reversed Alsup's ruling, prompting Google to petition the Supreme Court to review the case.

The DoJ isn't necessarily siding with Oracle. Rather it contends Google's infringement should be evaluated to see whether it's defensible as fair use -- a determination that deadlocked the original jury. 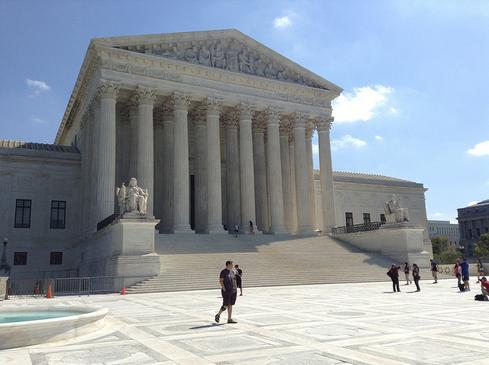 Google may have a hard time convincing a jury that its actions qualify as fair use. Infringement for the purpose of interoperability may qualify for fair use but, the DoJ filing asserts, "Google purposely designed Android not to be compatible with the Java platform or interoperable with Java programs."

Google expressed dissatisfaction with the DoJ filing. "While we're disappointed, we look forward to supporting the clear language of the law and defending the concepts of interoperability that have traditionally contributed to innovation in the software industry," a Google spokesperson said in an emailed statement.

James Grimmelmann, professor of law at the University of Maryland, said in an email that the DoJ brief offers a "notably poor explanation" of the way software works.

"Contrary to what the brief says, interfaces are meaningfully different from implementations; this is first-semester computer science," said Grimmelmann. "The [Solicitor General's] office didn't have to mush them together to make its argument that this case should be dealt with through fair use rather than through copyrightability. That it did so raises the concern that the DOJ is giving advice on a technology it doesn't understand. And given how important software is to the economy, that's truly frightening."

In its amicus brief supporting Google's appeal and representing 77 prominent computer scientists, the Electronic Frontier Foundation said, "The Federal Circuit's decision poses a significant threat to the technology sector and to the public. If it is allowed to stand, Oracle and others will have an unprecedented and dangerous power over the future of innovation."

Thomas Claburn has been writing about business and technology since 1996, for publications such as New Architect, PC Computing, InformationWeek, Salon, Wired, and Ziff Davis Smart Business. Before that, he worked in film and television, having earned a not particularly useful ... View Full Bio
We welcome your comments on this topic on our social media channels, or [contact us directly] with questions about the site.
Comment  |
Email This  |
Print  |
RSS
More Insights
Webcasts
Fintech at SaaS speed: Navigating the scale & security challenge
4 Practical Tips for Building a Data Lake
More Webcasts
White Papers
Why You're Wrong About Operationalizing AI
Three Secrets to Stopping Ransomware Cold
More White Papers
Reports
A Practical Guide to Enabling 5G Deployments
Gartner Market Guide for Insider Risk Management Solutions
More Reports