To help convince mobile developers to integrate Facebook technology into their apps, the social network has added more partners to FbStart.

At the turn of the millennium, Steve Ballmer, CEO of Microsoft, chanted "developers" over and over to emphasize what mattered to world's largest software company.

Fifteen years later, Facebook, the largest social network, sees things through the lens of audience size and ad revenue rather than software licensing, but it, too, appreciates the value of developers. Yet if CEO Mark Zuckerberg were to attempt to recreate Ballmer's manic developer dance, he might emphasize the word "partners" instead.

Developers in the desktop era focused on a relationship with a platform provider like Microsoft. Today, with so many composable cloud-based services – analytics, notifications, cloud data storage, and ad networks, to name a few – developers see platforms as a nexus for multiple vendor relationships.

Resurrecting its F8 developer conference in 2014 after a three-year hiatus, Facebook refocused from Web apps to native mobile apps, launching a program called FbStart to help mobile startups grow through mentorship, community, and services. In March 2015, it promised platform stability and pitched itself as a "cross-platform platform" – a set of infrastructure services that provide a common foundation for mobile apps, regardless of the operating system.

These companies join a group that now numbers more than 30. Mobile developers participating in FbStart can access free service trials and discounts provided by these member companies. The offerings have a combined total value of $250 million. 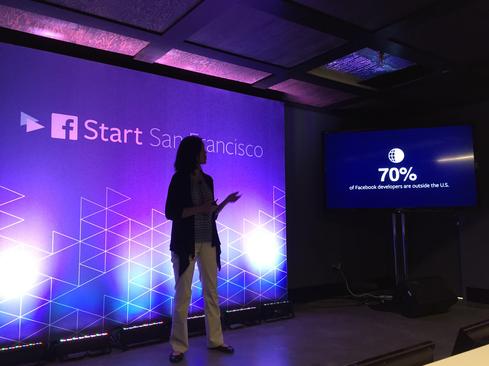 Speaking at FbStart San Francisco on Wednesday, Deb Liu, VP of platform at Facebook, said 7,200 startups had joined the program since last year, 70% of which are outside the U.S.

"The way we think about platform is it's about helping developers build, grow, and monetize their apps," said Liu. "And we do that by listening to their feedback and connecting them with the tools that they need to be successful."

One such tool, Facebook Analytics, introduced in March, has been integrated into more than 200,000 apps, according to Liu. As an example of the utility of Facebook Analytics, Liu described how photo app MomentCam used the service to determine which language localization for the app would help most with user retention. 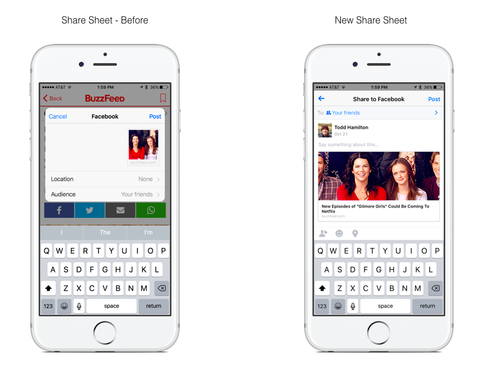 Facebook also introduced a new share sheet for iOS apps, designed to make sharing content a consistent experience across apps. Though the changes may seem like minor design tweaks, they can have a major impact on the way people use apps and, ultimately, on the revenue potential of apps. Liu described the lengthy usability testing done by Facebook to optimize its Facebook Login interface last year.

"We don't just take a look at a product and say, 'We're done,'" said Liu. "We're constantly trying to improve that product by getting feedback."

Thomas Claburn has been writing about business and technology since 1996, for publications such as New Architect, PC Computing, InformationWeek, Salon, Wired, and Ziff Davis Smart Business. Before that, he worked in film and television, having earned a not particularly useful ... View Full Bio
We welcome your comments on this topic on our social media channels, or [contact us directly] with questions about the site.
Comment  |
Email This  |
Print  |
RSS
More Insights
Webcasts
Building Asset Management into Your Enterprise Security Strategy
Advancing the Hybrid Cloud & App Modernization Journey with IBM
More Webcasts
White Papers
Cloud Threats Are Different, Your Security Should Be Too
2021 Application Security Statistics Report Vol.1
More White Papers
Reports
Immuta Data Engineering Survey: 2021 Impact Report
Are Unprotected Cloud Databases Leaking Your Data?
More Reports

Makes sense.  We're at a point now where most new consumer mobile apps that I see have Facebook compatibility -- and many outright require Facebook.  (Personally, I find it frustrating...so I just don't use the apps.)
Reply  |  Post Message  |  Messages List  |  Start a Board
InformationWeek Is Getting an Upgrade!

Does Identity Hinder Hybrid-Cloud and Multi-Cloud Adoption? Joao-Pierre S. Ruth, Senior Writer,  4/1/2021
White Papers
IDC Market Share: How the Network Is Used to Unmask the Adversary
From MFA to Zero Trust
Cloud Threats Are Different, Your Security Should Be Too
SANS 2021 Cyber Threat Intelligence Survey
Dark Reading Report: Battle for the Endpoint