At Facebook's F8 developers conference, CEO Mark Zuckerberg took to the stage to talk bots and Messenger. Also on display were AI and a big dose of virtual reality. Here are some highlights from the event. 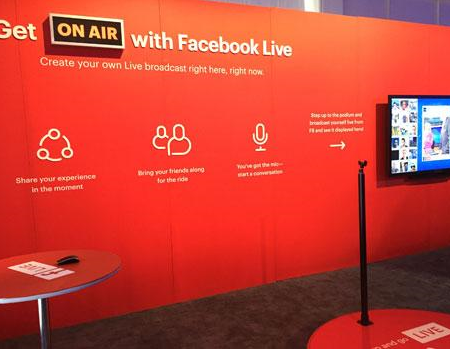 The mobile app, as conceived by Apple in 2008, has reached a midlife crisis. As Facebook CEO Mark Zuckerberg put it at his company's F8 developer conference on Tuesday, "...no one wants to install an app for every business."

That's not what businesses, or the app developers in the audience, want to hear, particularly if competitors have already created successful apps. If we've truly reached peak app -- the point at which public willingness to install apps has begun to decline -- something has to change.

In place of freestanding, brand-specific apps, Facebook sees apps as services within Facebook's mall. The future outlined by Zuckerberg runs on the Facebook platform, increasingly within Facebook's own messaging and photo sharing apps Messenger, Instagram, and WhatsApp.

To understand the transition that's happening, consider a figure cited by Zuckerberg: Through Messenger and WhatsApp, Facebook processes 60 billion messages per day. Global SMS traffic, he said, amounted to a third of that, 20 billion message per day. In 2012, Google was processing 3.3 billion searches per day.

Messenger, the app, now exists atop Messenger Platform, which lets developers build bots that can converse in a limited fashion with Messenger users, a group that now numbers about 900 million. Brands that don't mind inviting Facebook in as a middleman, or that can't resist Facebook's audience, can now automate various forms of social interaction and communication through Facebook's technology. Maybe an app isn't necessary if messaging can turn into commerce.

A question not addressed was the extent to which people really want to interact with businesses through texting. Clearly people send a lot of text messages, but the mobile platform leaders, Apple and Google in particular, have spent the past few years insisting that no one wants to type on a mobile device, at least when it comes to interacting with websites. Siri and Google Now are supposed to relieve people of the burden of typing on a mobile device. But in Zuckerberg's world, typing text on a tiny keyboard remains essential.

If typing text is truly a terrible user experience, then chatbots may just be an interim step until voice recognition and AI become so good at interpreting our inconsistent and highly varied demands that we will be able to perform complex transactions with a few words.

Facebook is well-positioned to do that because it has the social data to fill in the blanks when we say, "Book me a flight to Paris tomorrow" or "Order that camera I was looking at on Amazon and have it shipped to my office."

And while we wait for AI to be able to understand us consistently and accurately, we'll have chatbots to tease out what we mean with sequential questions. Developers and companies now have to decide whether the advantages of Facebook's Messenger Platform outweigh the potential cost of depending upon a third-party to mediate customer communication. As Facebook's shutdown of Parse earlier this year demonstrated, what's all the rage today may vanish tomorrow.

For a glimpse of Facebook's latest technology as displayed at the F8 developer conference, read on. Then let us know what you think is in the works at the social media giant in the comments below.