The company's focus on mobility has led it to expand its presence in Silicon Valley.

Ford has opened a new research center in Silicon Valley, a move that underscores the growing role of communication and computation technology in cars.

Ford Motor Company president and CEO Mark Fields said in a statement Ford views itself "as both a mobility and an auto company." Ford's Research and Innovation Center Palo Alto, he said, demonstrates the company's commitment to participate in the technical innovation driven by Silicon Valley companies.

Other automakers already have research centers in Silicon Valley. Mercedes-Benz Research and Development North America set up shop in Palo Alto, Calif., in 1995 to participate in the area's technical and academic community. BMW, Nissan, Toyota, and Volkswagen have a presence as well. General Motors set up a Silicon Valley venture capital group in 2010. And locally grown Tesla has increased the area's gravity for automakers.

Ford opened a small Palo Alto research office in 2012. The company expects its new lab, located in Stanford Research Park, to become one of the largest in the area devoted to automotive research. It anticipates a staff of around 125 researchers and engineers by the end of 2015. 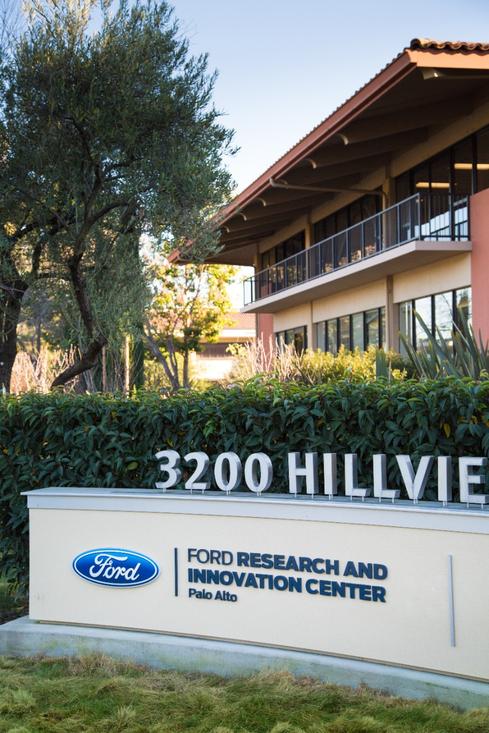 Ford has two other major research centers: One in Dearborn, Mich., focuses on electronics, human-machine interaction, materials science, and data analytics. Another in Aachen, Germany, focuses on power-train research, driver-assist systems, and safety.

Ford is in the midst of exploring how it will define its business in light of rapidly developing mobile technology, market trends that limit demand for personal vehicles, and social changes that invite business models focused on sharing rather than individual ownership. At CES 2015 in early January, Fields discussed Ford Smart Mobility, a set of experiments the company has undertaken to figure out how emerging technology can both enhance its business and services and improve mobility for people.

[ Curious about how Ford is repositioning itself as a mobile company? Read Ford Mobility Plans Searches For Growth Beyond Cars. ]

Ford's Palo Alto team is working on projects such as Nest integration, so that drivers of Ford cars can set a Nest thermostat to respond to their proximity to home, lowering the temperature upon departure or raising it on return, if desired. The Nest API integration will also allow the Nest Protect smoke detector to send alerts to the Ford SYNC dashboard. 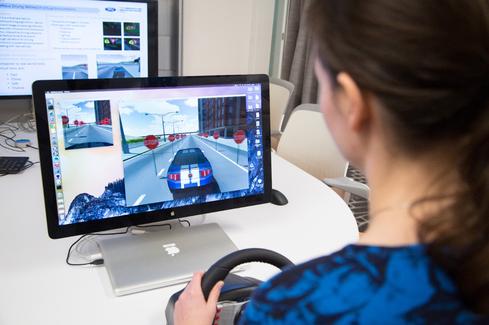 In an interview at CES 2015, James A. Buczkowski, Henry Ford technical fellow and director of electrical and electronic systems research and advanced engineering, told InformationWeek that the social challenges of autonomous vehicles were more daunting than the technical ones.

"We're confident that with the maturing of the technology, we can make vehicles that are safer than most human drivers," said Buczkowski. "However when there is that one unforeseen situation, who's responsible? When the vehicle has to make a decision and there is no choice, to drive into a ditch or a tree, or hit a pedestrian, today you leave it up to the human being and nobody questions it. It's just a judgment in time. But when we program it to do that, it's a different story."

Buczkowski expect autonomous vehicles will show up first in controlled environments, where risks can be managed. "But there's still a lot of work to do in the broader unrestricted space," he said.

Thomas Claburn has been writing about business and technology since 1996, for publications such as New Architect, PC Computing, InformationWeek, Salon, Wired, and Ziff Davis Smart Business. Before that, he worked in film and television, having earned a not particularly useful ... View Full Bio
We welcome your comments on this topic on our social media channels, or [contact us directly] with questions about the site.
Comment  |
Email This  |
Print  |
RSS
More Insights
Webcasts
Disaster Recovery/Business Continuity in the New Normal
4 Practical Tips for Building a Data Lake
More Webcasts
White Papers
Top Serverless Security Risks and How to Mitigate
Ransomware Security Breach Summary: Food Production
More White Papers
Reports
Enabling Enterprise Resiliency Through Cyberthreat Detection
A Decade of Passive DNS
More Reports

What he's referring to is a scenario where a car's AI has to choose between hitting a pedestrian on the sidewalk and hitting one in the street. When that's written into code, it creates liability. An attorney could find fault with the way the choice was made in a way that might appeal to a jury.

Attorney: "So you car decided to mow down the mother with the stroller rather than the old man?"

Engineer: "It defaulted to not changing direction if the alternate route is obstructed."

Attorney: "But you could have used the car's computer vision system to override that choice if a stroller is present, correct?"

Engineer: "We could have, I suppose."

Attorney: "But you didn't. Why? Because a child's life wasn't worth the extra man-hours to code that contingency?"

Always interesting to hear about these moves. GE made a similar (major) investment in a Silicon Valley software center, and the thinking is often to try to inject the Silicon Valley culture -- of speed, of software-driven innovation, of embracing new ideas -- back into the larger company.
Reply  |  Post Message  |  Messages List  |  Start a Board
InformationWeek Is Getting an Upgrade!