Google, Apple & The Battle For Your Ears - InformationWeek

The titans of technology have spent lavishly for your eyeballs. Now they want your ears. Here's why.

The firestorm of activity around music streaming was turned up a notch this month, in what would normally be the slow-news season. Did Google want to buy Spotify? Would the Internet giant still want the leading music streaming service now that it's acquired Songza? Why is Apple snapping up Swell? And what does that mean for its $3 billion purchase of Beats, which hasn't even closed yet? So much activity -- and that's just two companies.

Streaming is the next battleground in the Internet giants' multibillion-dollar war for our attention, which they must have if they're going to make money selling us stuff. Streaming is hot because the giants see it as the most obvious way to maintain contact with us when we're not actually looking at our displays. Indeed, there are huge blocks each day that many of us already fill with what we call "noise" -- news, talk, music, and radio personalities -- that glides subtly in and out of the foreground of our consciousness. The Internet giants all believe they can make big money if they can insert their content (and their advertising engines) into those blocks.

Broadly speaking, the streaming properties fall into two categories: services that push content they think we'll like, and services that stream specific tracks we've chosen. It's analogous to the contrast between radio and privately owned music collections. They're very different, and there's a place for both in our lives. 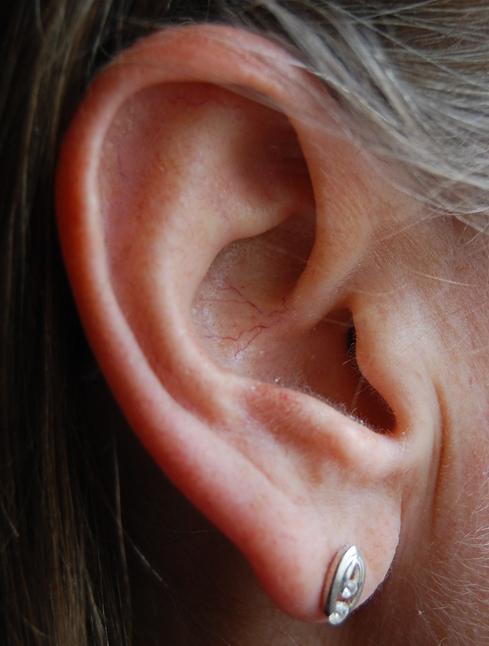 And the titans of technology have a ways to go before they're done bulking up on music streaming properties. Watch for valuations to continue lifting higher as the number of must-have streaming assets in play goes down. So if you thought that $3 billion was a lot to pay for Beats, you ain't seen nothin' yet.

Apple's buyout of Swell is more curious. Both Swell and Beats fall into the broad radio category, but they're attractive to the same company because their content and curating methods are very different. Beats frames itself as something of a 21st-century DJ, pairing its experts and its technology to choose which songs to play. And Swell is more of a news and talk radio streaming service that uses algorithms to build a personalized stream of podcasts.

I should say that their methods were very different. Swell the app is no more. It ceased streaming on July 30, the same day that Apple confirmed the purchase. That underscores a very important point here: The Internet titans are not buying finished products. They are buying building blocks for the future of audio streaming.

[What is the role for Amazon in the battle for ears? Read What Amazon Phone Could Mean.]

Indeed, there is so much that can be done when you meld traditional audio content delivery vessels and the power of the Internet. And what we've seen so far barely scratches the surface. Weaving social media concepts like trending into the product will make for powerful streaming services. An internet-styled America's Top 40 comes to mind.

A real-time Billboard should be screaming out to Twitter: Hello? Anybody home? But the social media giant hasn't yet managed to stake a claim in the crowd-sourced playlist arena. Indeed, Twitter thus far is oh-for-two in music streaming. After it shuttered its home-grown #Music service early this year, it considered buying SoundCloud. But it let that opportunity pass.

Another important realization falls out of Apple's pair of radio-styled acquisitions: There's room for more than one winner. That may seem counterintuitive in the winner-take-all world of crowd-centric Internet services. When part of the appeal of a service is the crowd, then you're likely to opt for the service that your friends and family are already using. Naturally.

Picking the winners
So how do you pick winners in this death scrum for eardrums? Scour the playing field for the apps that have identified a unique and attractive niche, and take a close look at their plan for building a critical mass of users. That second piece is key, and it's something that as yet has been under-emphasized if not outright overlooked.

It's easy to understand why so many streaming app developers miss the social component -- because listening to music streaming from your smartphone and into your earbuds looks and feels as if you're doing it alone. As a result, much of the effort has gone into finding ways to figure out what you want to hear.

That's part of what we want. But it's not all we want. We're herd animals. So we want to know what the herd is up to. We want to hear the new stuff they're listening to. We want to stay up to speed on the latest news. We want a connection. Terrestrial radio provides that today. That's why it continues to hold its own during the rise of the digital revolution.

The young fitness-tracking wearables segment is a totally different arena, but it's a great illustration for how the social component can make or break offerings in the Internet age. Challengers have brought an impressive choice of wristbands to market this year. But they haven't managed to put a dent in FitBit's dominant share.

The reason: They under-scoped the social component. It's not hard to see why they missed it. Fitness is typically a solo occupation. FitBit has a lock on the market because it's managed to socialize this individual activity. With its app as the primary vehicle, it has managed to pull together a community. It can be pretty lonely out there if you're running down a trail wearing another manufacturer's fitness tracker.

Lonelier still if you're running with earbuds on, listening to music that a machine chose just for you.

Mike Feibus is principal analyst at TechKnowledge Strategies, a Scottsdale, Ariz., market strategy and analysis firm focusing on mobile ecosystems and client technologies. You can reach him at [email protected] View Full Bio
We welcome your comments on this topic on our social media channels, or [contact us directly] with questions about the site.
Comment  |
Email This  |
Print  |
RSS
More Insights
Webcasts
Unifying Your Endpoint Security Strategy
Managing Your Enterprise Collaboration Platforms
More Webcasts
White Papers
Ransomware, the Exploding Cyber Threat
GRC Buyer's Guide - 5 Steps to Success
More White Papers
Reports
A Practical Guide to Enabling 5G Deployments
Are We Cyber-Resilient? The Key Question Every Organization Must Answer
More Reports

I must be an anachronism. I prefer to listen to songs that reside on my phone, without streaming. I feel the same way about movies, which frequently look grainy when streamed. I always download to TiVo rather than streaming if I can.
Reply  |  Post Message  |  Messages List  |  Start a Board

Mike, I'm a huge Spotify user and wonder how, or if, it would change if acquired by Google. And also, do you think Facebook would make a bid for Spotify? The two are already integrated with sign-in and share features. Why wouldn't Facebook try to buy it outright?
Reply  |  Post Message  |  Messages List  |  Start a Board
InformationWeek Is Getting an Upgrade!