Google used the opening day of its I/O 2015 developer conference to offer details about the next version of Android, what it has planned for virtual reality and the Internet of Things, and free unlimited photos.

Google presented a preview of the next version of Android, an Android offshoot for the Internet of Things, and a new version of Google Photos, among other announcements, during the keynote session at its Google I/O 2015 developers conference in San Francisco on Thursday. The event is taking place May 28-29 at the Moscone Center under noticeably tighter security than in recent years.

Google highlighted its interest in virtual reality through wraparound projection screen graphics in the keynote auditorium. The animation depicted a rain of ones and zeros similar to the iconic torrent of alphanumeric characters in the title sequence of The Matrix.

Sundar Pichai, SVP of products, presided over the event, noting that Google Search, YouTube, Maps, Gmail, Android, and Chrome all have more than 1 billion users.

Various Google executives described features in Android M Developer Preview, the next version of Android. Available to developers now, the software is expected to be available to the general public in Q3 2015.

Android M is focused on polish and quality, which, coincidentally, are what Apple has chosen to focus on for its upcoming OS releases. Haste to market has a price.

Android M will also include an expanded version of Google Now, the company's automated assistant application. Soon, Google Now will have a feature called Now on Tap that allows users to invoke Google Now based on the app context following a tap. This technique allows Google Now, for example, to provide information about a movie mentioned in an email on-screen at the time of the tap event.

Developers will be able to integrate this functionality into their own apps, in order to encourage users to re-engage with their apps.

Android Pay represents a second attempt to turn mobile payments into a meaningful business. In 2011, the company launched Google Wallet, a mobile payments app designed to store multiple credit cards, in partnership with Citi, MasterCard, First Data, and Sprint. But the product never won wide support from consumers, and suffered from personnel departures. What's more, it earned active antagonism from other mobile carriers, which pushed their own Isis payment service and blocked Google Wallet.

AT&T Mobility, T-Mobile USA, and Verizon Wireless changed the name of their service from Isis to Softcard in 2014 to avoid the undesirable association with the acronym for the Islamic State of Iraq and Syria. Then, in February 2015, Google acquired Softcard from the mobile carriers, and a truce of sorts was formed out of the practical need to respond to the emergence of Apple Pay, which has reinvigorated the mobile payments market and may see further enhancements at Apple's developer conference in June. 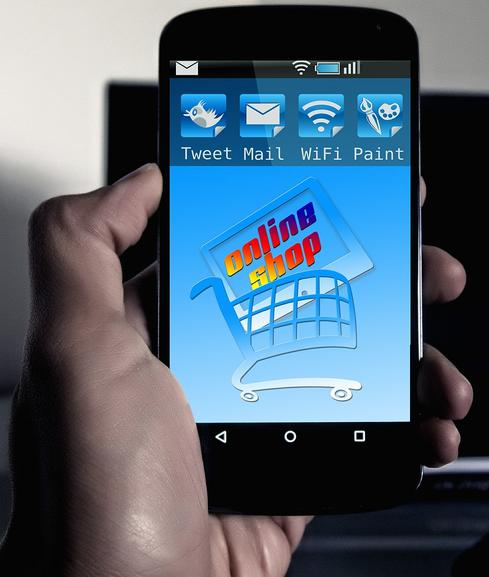 In an email to InformationWeek, John Haro, CTO of Vibes, a mobile marketing company, characterized Android Pay as an effort to play nice with the major payment networks and banks. "What Google showed us this morning is the result of this focus and acknowledgement that reducing friction and removing roadblocks for the customer is critical to gain adoption," he said. "Including better support for fingerprint scanning will further improve this experience and bring it in line with what consumers on the iPhone are becoming accustomed to."

Haro suggested the similarities in Android Pay and Apple Pay indicate the standardization of mobile payments, and predicts that consumers will soon see mobile payments as a compelling alternative to traditional credit cards.

Android For The Internet Of Things

Pichai offered an overview of a version of the Android operating system for the Internet of Things called Project Brillo. "Brillo is derived from Android, but we have taken Android and polished it down," said Pichai. "Hence the name 'Brillo.'"

Brillo will be supported by a JSON-like communication schema called Weave that provides a common format devices can use to communicate. Brillo is due in Q3 2015, while Weave is due in Q4.

A renovated version of Google Photos, a cloud photo storage service, debuted, now separate from Google+. The mobile app includes the ability to view images by day, month, or year; a new editing interface; and support for gestures like pinch-to-zoom. Most significantly, Google Photos offers unlimited free storage of photos up to 16MP and of videos up to 1080p.

"Phones, it turns out, got a lot bigger in the past year," said Bavor.

Google is introducing an educational program called Expeditions that allows teachers to take classes on VR field trips. And it is developing a VR program called JUMP to promote the construction and use of 360 cameras -- to encourage the creation of 3D stereoscopic imagery for VR viewing and to provide a platform for processing and viewing the content. GoPro has committed to creating such a camera. And this summer, YouTube will support JUMP content.

And Google made numerous improvements to the Google Play Store, such as visitor analytics and the ability to create a vendor-specific home page for multiple apps.

Thomas Claburn has been writing about business and technology since 1996, for publications such as New Architect, PC Computing, InformationWeek, Salon, Wired, and Ziff Davis Smart Business. Before that, he worked in film and television, having earned a not particularly useful ... View Full Bio
We welcome your comments on this topic on our social media channels, or [contact us directly] with questions about the site.
Comment  |
Email This  |
Print  |
RSS
More Insights
Webcasts
Building Asset Management into Your Enterprise Security Strategy
Take DevOps to the Next Level
More Webcasts
White Papers
From MFA to Zero Trust
The 2021 Threat Hunting Report
More White Papers
Reports
The State of Endpoint Security
Trustwave Global Security Report
More Reports

How to Submit a Column to InformationWeek InformationWeek Staff 4/9/2021
White Papers
5 Steps to Perimeter-Less Security: Adopting a Zero-Trust Model
Zero Trust Evaluation Guide
Identify Threats 82% Faster: The Value of Threat Intelligence with DomainTools
2021 Application Security Statistics Report Vol.1
The Five Major Security Pitfalls of WFH and How to Solve Them