Will Google prevail in its legal battles over Android and its search business? Will it thrive under Alphabet? Here are our predictions for Google in 2016.

Google as, it began, is no more. It has been reorganized and now operates as a subsidiary of Alphabet. Yet in its diminished role, it still generates the bulk of Alphabet's revenue. And it remains the focus of my ill-advised effort to predict the future.

In late 2014, I made 11 predictions about Google in 2015. I had six hits and five misses. I'd have preferred to do a bit better, but that's the nature of predicting the future. I'm sure inside information would have helped. 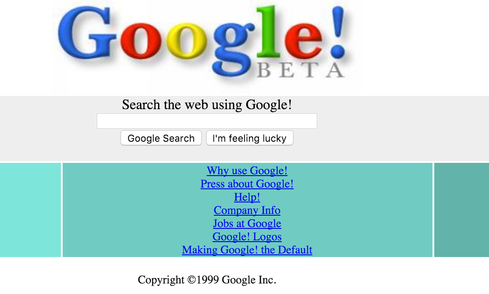 False. Project Ara has yet to emerge from the lab. Its planned trial in Puerto Rico over the summer was cancelled. But competing modular phone projects Fairphone 2 and PuzzlePhone have been progressing.

True, through the Google Cast Remote Display APIs. The company also launched YouTube Gaming as a direct competitor to Twitch.

True. Google decoupled Google+ from YouTube, so YouTube users no longer need the Google+ Profile that few seemed to want. In November, Google redesigned Google+ to focus on Communities and Collections. It's a modest shift but hardly a renewed commitment of resources.

True, more or less. The Supreme Court refused to hear Google's appeal of Oracle's appeals court win, which indicates that the justices find the lower court ruling consistent with the law.

False, for now. The EU, under antitrust chief Margrethe Vestager, demanded in June that Google change how it operates its search business. Google wants to work things out, but it's unclear whether the EU will compromise.

6. Google buys Belkin or another maker of connected things, but not GoPro.

False. The bulk of Google's acquisitions last year had to do with mobile software or services. But it did develop some IoT technology internally: Brillo and Weave.

8. Google acquires, invests in, or partners with a 3D printing company.

True, so far as we know.

False, but Google is reportedly working on a revision of Google Glass, now referred to as Project Aura (not to be confused with Project Ara). And with over a million Google Cardboard headsets out in the world, there's more VR in Google's future.

False. Lesson learned: Be less specific when predicting the future.

Google faces several significant issues in the year ahead. The shift toward mobile devices continues to present a challenge, but Google appears to be handling the transition well. Its mobile ad revenue looks healthy.

Android security continues to be a game of herding cats. With the help of its partners, perhaps 2016 will bring more willingness to keep Android devices patched.

Android's legality will also come up as Oracle continues its fight to receive compensation for what it claims is the unlawful use of its Java APIs. And Google's antitrust battles in Europe will continue.

Google is expected to make a censored version of Google Play available in China, after having withdrawn from the country in 2010 following a cyberattack that originated from within the country. Market access, it seems, makes censorship more palatable.

The company is also rethinking how it delivers mobile apps. Google is working on streaming native mobile apps, which would make them function more like websites. Users will be able to click on a link in Google Search to start using an app immediately, without installing it first. Microsoft is said to be working on something similar for Windows.

This could be a huge change in the delivery model for apps, not to mention the business model for developers. Streaming has become commonplace for music and video content. Software could be next. It might help Google compete more effectively against Apple and iOS. But it's hard to know how such a shift will be received and the extent to which developers will want to participate.

Tensions between the major platform companies could make life more difficult for everyone. Between Amazon's decision to stop selling Apple TV and Google Chromecast and the wagon-circling behavior of Apple and Microsoft, Google may feel the need to erect platform barriers of its own.

It will be interesting to see how Alphabet's other subsidiaries perform, now that they're separate from Google and need to earn their keep.

Anyway, here's my take on the future.

Google will fail to establish that its use of Oracle's copyrighted Java APIs represented fair use, setting the scene for Oracle to seek billions in damages.

Oracle v. Google is scheduled to resume in May 2016. If a ruling comes next year, I fear it's unlikely Google's fair use argument will be credible. APIs should not be protected by copyright, and yet the federal appeals court has ruled they are. I doubt Oracle will be able to force Google to alter Android to make it comply with the Java license, but it should be able to extract its pound of flesh.

Oracle paid $7.4 billion for Sun and Java. The only way for both Oracle and Google to exit the arena as winners will be the sale of Java. Oracle could use the money to accelerate its transition to the cloud, perhaps with a major acquisition of its own. And Google could become the steward of Java while retaining control of Android's destiny. This may not happen in 2016, however, if the trial drags on, as trials tend to do. Of course, it could not happen at all.

Plenty of drones can be operated through Android apps, but Google hasn't adapted Android to be an operating system for drones. After Android Auto and Android Wear, why not Android Bot? Google has already ported the open source Robot Operating System to Java (rosjava), so Android Bot would offer a way to integrate Google services, like machine learning and navigation, into ROS-based machines.

Google launches app streaming technology, with search as both a discovery and distribution mechanism.

Software will move more and more toward a streaming mode. Google has indicated as much, but it will be part of the next version of Android. App developers will be thrilled because tethering apps to the cloud will reduce unauthorized copying of apps. Advertisers will be thrilled because ad blocking is harder in native apps than on the Web, where users can control content display. And Google is likely to see more usage of its Cloud Platform. Supporters of open source software, however, will be less enthusiastic.

In March, Google opened its first Google-branded shop, a store-within-a-store located inside Currys PC World, on Tottenham Court Road in London. Coming after its Chromezone pop-up stores and a failed attempt to create a floating barge showroom in 2013, Google finally seemed ready to create a retail presence to challenge Apple's vast retail footprint. But a Crain's report published in November claims that Google has backed away from what was to be a flagship retail location in Manhattan. So expect Google's store-within-a-store strategy to continue. If Google does intend to build its own line of retail stores, it's unlikely to happen in 2016.

Chrome and Android get closer together but don't merge.

The Wall Street Journal reported in October that Google intends to fold Chrome OS into Android. Google insists it remains committed to Chrome OS. While that's a necessary stance to avoid alienating all the schools and businesses that have invested in Chrome devices, it also makes sense. Android has far more security and management issues than Chrome and there are plenty of organizations that have no desire for more complexity. Count on Google to refine its process for enabling Android apps from within Chrome OS.

It may have already done so, with OnHub, its recently introduced Internet router. A future version could include a microphone, or the current version could be updated to respond audibly to queries entered using a phone. You can bet that Google will connect its voice technology to IoT devices sooner or later.

Google is getting into the production of original content, as Amazon and Netflix have done. Don't expect high-quality entertainment, the sort you might see on HBO. Look for sophomoric drivel.

Google's researchers have created software that can identify objects in videos. The next step could be to link that comprehension to search. Imagine being able to tap on a video you're watching on your mobile phone and initiate a search query about that object. We could see something like that soon.

Google will launch an Nexus wearable at Google I/O 2016.

Google has Android Wear but its Nexus line has a conspicuous absence: an Android Wear wearable. Look for one next year at Google I/O. It won't be a time piece. Rather, it will be a fitness band, because Google is all about the data. At least I hope that's the case. I thought Google would release a Nexus smartwatch in 2014, but instead it released Android Wear, a wearable operating system.

Nest will introduce another subscription plan of some sort.

Making money as a hardware company is diffucult because you have to keep selling hardware every year to pay the bills. It works for companies like Apple where Moore's Law and software adapted to new hardware encourages repeat buying. It's a bit more difficult when you're selling thermostats, smoke detectors, and video cameras, which tend not to change much or to need replacement. Thus, expect to see Nest develop another subscription plan (beyond its video storage service), to support a new product (a DVR?) or a IFTTT-like service that would add value to its existing products.

Well, there it is, one possible future for Google and its affiliated companies. Check back in a year to see how many predictions proved accurate. Tell us what you think and your predictions for Google in the comments.

Thomas Claburn has been writing about business and technology since 1996, for publications such as New Architect, PC Computing, InformationWeek, Salon, Wired, and Ziff Davis Smart Business. Before that, he worked in film and television, having earned a not particularly useful ... View Full Bio
We welcome your comments on this topic on our social media channels, or [contact us directly] with questions about the site.
Comment  |
Email This  |
Print  |
RSS
More Insights
Webcasts
What We Can Learn from Sports Analytics
ROI and Beyond for the Cloud
More Webcasts
White Papers
SANS 2021 Cyber Threat Intelligence Survey
A Practical Guide to SASE Migration
More White Papers
Reports
Are Unprotected Cloud Databases Leaking Your Data?
How Data Breaches Affect the Enterprise (2020)
More Reports
Copyright © 2021 UBM Electronics, A UBM company, All rights reserved. Privacy Policy | Terms of Service