Google released SyntaxNet, its natural language parsing framework, as an open source project on Thursday, adding another option to the growing set of tools for creating applications that utilize artificial intelligence (AI).

SyntaxNet is a neural network framework implemented in TensorFlow. It provides the basis for creating a system that understands natural language. The code allows developers to train new SyntaxNet models using their own data. It also comes with Parsey McParseface, an English language parsing model that Google claims is the most accurate model available.

The model's name may not be the best fit for software intended to make English comprehensible to machines, but it does show Google's keen appreciation of the recent online campaign to name a British research vessel Boaty McBoatface. What's more, it conveys a sense of humor that in an AI system would be a real breakthrough. 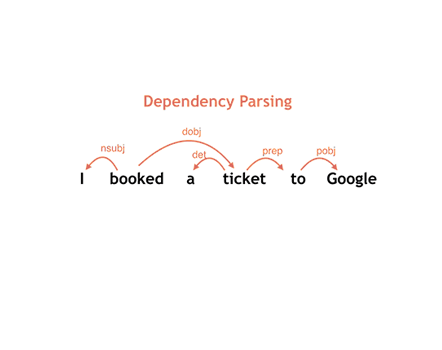 As an example of the kinds of challenges Parsey McParseface must confront, consider the sentence: Alice drove down the street in her car. Among other tasks, Google's parser has to determine whether or not the street referred to is actually in Alice's car, a consequence of ambiguity of the object to which the prepositional phrase in her car is attached.

"Parsey McParseface is built on powerful machine learning algorithms that learn to analyze the linguistic structure of language and that can explain the functional role of each word in a given sentence," said Slav Petrov, senior staff research scientist in a blog post. "Because Parsey McParseface is the most accurate such model in the world, we hope that it will be useful to developers and researchers interested in automatic extraction of information, translation, and other core applications of [Natural Language Understanding systems]."

According to Petrov, Parsey McParseface achieves over 94% accuracy analyzing sentences taken from the Wall Street Journal, beating the previous Google-held record. This approaches the 96-97% accuracy of human linguists given the same task -- tagging parts of speech, identifying syntactic dependencies, and sentence compression. For text found online, where the writing presumably isn't as technically correct is it tends to be in a major national news publication, Parsey McParseface has managed to achieve 90% parsing accuracy.

Encouraged by AI advances and an AI investment boom over the past few years, major technology companies like Baidu, Facebook, Google, and Microsoft have been releasing both software and hardware specifications to make AI techniques like machine learning more accessible and to ensure tools used in-house benefit from community attention. These companies see significant promise in AI as a way to solve difficult computing challenges and to create new products.

Google CEO Sundar Pichai, in the company's Founders' Letter last month, highlighted the value of the company's long-term investment in machine learning and AI. "We've been building the best AI team and tools for years, and recent breakthroughs will allow us to do even more," he said.

AI tools may also help Google and other cloud computing providers generate revenue. Much of this machine learning software is designed to run in the cloud.

Thomas Claburn has been writing about business and technology since 1996, for publications such as New Architect, PC Computing, InformationWeek, Salon, Wired, and Ziff Davis Smart Business. Before that, he worked in film and television, having earned a not particularly useful ... View Full Bio
We welcome your comments on this topic on our social media channels, or [contact us directly] with questions about the site.
Comment  |
Email This  |
Print  |
RSS
More Insights
Webcasts
People Are The Most Important Part of Autonomous SOC
Don't Miss This Cybersecurity Virtual Event
More Webcasts
White Papers
Osterman Research: Cyber Crisis Response - Fit For Today's Threat Landscape?
How to Build Your Incident Response Plan
More White Papers
Reports
Improving Security by Moving Beyond VPN
The State of DevSecOps Report
More Reports