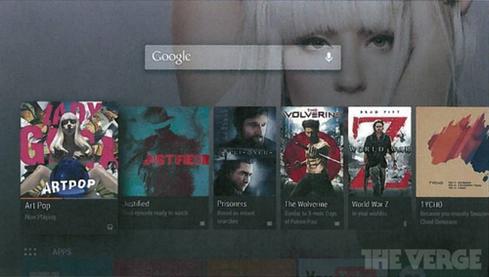 Thomas Claburn has been writing about business and technology since 1996, for publications such as New Architect, PC Computing, InformationWeek, Salon, Wired, and Ziff Davis Smart Business. Before that, he worked in film and television, having earned a not particularly useful ... View Full Bio
We welcome your comments on this topic on our social media channels, or [contact us directly] with questions about the site.
Comment  |
Email This  |
Print  |
RSS
More Insights
WebcastsMore Webcasts
White Papers
3 Reasons Why Your Remote Workforce is Vulnerable
2020 Security Trends to Watch
More White Papers
Reports
State of Endpoint Security: How Enterprises Are Managing Endpoint Security Threats
Cyber AI: An Immune System for Cloud Security
More Reports

I am more than happen to see and play with Google TV. But I believe you need high-speed internet connection for it.:-)
Reply  |  Post Message  |  Messages List  |  Start a Board

It's probably wiser to remake a successful foreign show, as Netflix did with House of Cards. Original comedies are harder to pull off than dramas.
Reply  |  Post Message  |  Messages List  |  Start a Board

Word is the four Yahoo shows will be half-hour comedies. Because we need more of those. Hopefully they at least will eschew laugh tracks.
Reply  |  Post Message  |  Messages List  |  Start a Board
Editors' Choice
Hot Topics