The current HomeKit platform lacks a dedicated app, which could finally reach consumers with the launch of iOS 10 later this year. The smart home market place is expected to grow and Apple is looking for a piece of this emerging market.

With the home automation and Internet of Things (IoT) markets continuing to make inroads with consumers, Apple may be gearing up to release a standalone HomeKit app with the release of iOS 10 later this year.

HomeKit is a database similar to HealthKit and PassKit, and lets developers make software that discovers, configures, communicates with, and controls devices for home automation.

Actions can be grouped together and can be initiated using Siri either from home or from Apple TV.

Apple's potential HomeKit move was first spotted by blog MacRumors, which discovered that an Amazon reviewer who works in the marketing department at Apple had left clues to the possible launch within a product review related to HomeKit. 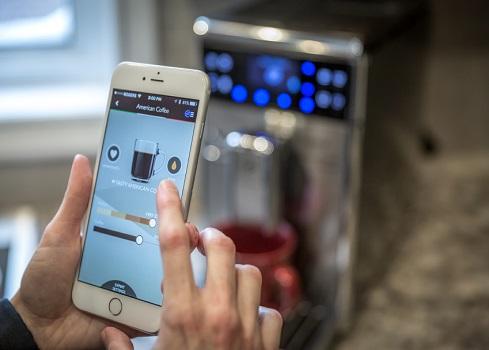 "'As I work in marketing for Apple, we test many Smart Home devices, especially for iOS HomeKit integration,'" MacRumors quoted from the review. "'Some advice, there are many third party applications, most free, that offer more control and customization(s) with many Smart Home devices. Yonomi is a free app that I often use, Home is another which cost $14.99. Both offer support for many devices with more added daily (including Amazon "Echo"). The next version of iOS due this fall will have a standalone "HomeKit" app as well.'"

HomeKit works through the apps that control each of the user's home products, enabling the apps to interconnect. This helps users make their home products work together and allows for control in more ways, right from the user's device.

[Read how one healthcare provider balances IoT and security.]

For instance, HomeKit lets users create scenes to connect and control appliance settings in different combinations, like a scene named "Leaving home" that turns off the lights, locks the doors, and lowers the thermostat -- all with one command.

There are already more than 50 accessories available through Apple that work with HomeKit, including WiFi-enabled smoke detectors, video cameras, light bulbs, and weather sensors.

Consumer spending on smart home services, including entertainment, health, energy, and home automation will reach $100 billion by 2020, well over twice the estimated spend for this year -- $43 billion -- according to an October 2015 report from Juniper Research.

The research forecasts that the number of connected appliances in smart homes will rise to more than 20 million by 2020, and that the market would continue to be characterized by high prices and a low value in connectivity.

However, the principle barriers remain a lack of education, cost concerns, and issues with complexity. Many consumers remain unaware of the smart home concept, while a large proportion of those aware of it are unconvinced of its benefits.

A recent survey from August Home and Xfinity Home revealed that nearly 18% of respondents reported that they'd likely buy a new smart home product over the next 12 months, including 56% of those who already have installed at least one smart home product in their home.

Connected cameras, video doorbells, and lights are the smart home products highest on consumers' priority list, according to the survey of nearly 1,300 US consumers.

Nathan Eddy is a freelance writer for InformationWeek. He has written for Popular Mechanics, Sales & Marketing Management Magazine, FierceMarkets, and CRN, among others. In 2012 he made his first documentary film, The Absent Column. He currently lives in Berlin. View Full Bio
We welcome your comments on this topic on our social media channels, or [contact us directly] with questions about the site.
Comment  |
Email This  |
Print  |
RSS
More Insights
Webcasts
Fact or Fiction? The Truth About Cloud Native Security
Leveraging Infrastructure as Code to Streamline Security & Operations
More Webcasts
White Papers
Gorilla Guide Extended Detection and Response
Ransomware, the Exploding Cyber Threat
More White Papers
Reports
2021 Digital Transformation Report
Are We Cyber-Resilient? The Key Question Every Organization Must Answer
More Reports