iPhone and iPad owners are upgrading to iOS 9 swiftly, but the process hasn't been smooth for everyone.

Apple fans are taking the time to install iOS 9, the latest operating system from Apple, at about the same pace as they did with last year's iOS 8. The platform made significant progress in the first 24 hours of availability. Yet the rollout has been marred by a growing number of customers complaining about crashed devices.

Apple released iOS 9 at 1 p.m. on Sept. 16. At the same time on Sept. 17, 12.33% of iPhones, iPads, and iPods Touch had been updated to the new platform, according to Mixpanel, an analytics company. Mixpanel is offering an hour-by-hour view of iOS 9's adoption rate on its website. The rate is climbing steadily, and iOS 8's presence is dropping correspondingly. 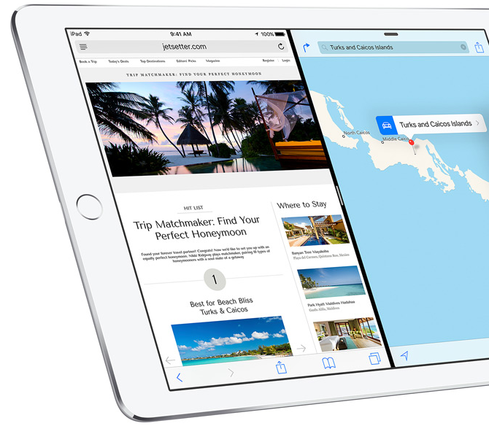 To give these numbers a bit of scale, Android 5.0 Lollipop just recently reached a 21% adoption rate -- 10 months after the platform's initial release. While Google has been good about keeping its Nexus-branded handsets up-to-date, the bulk of phonemakers and their carrier partners have been much slower to push the newest version of Android to their hardware. The majority of Android handsets are still running on Android 4.x, even though Android 6.0 Marshmallow is nearly ready.

The platform adoption rates highlight a major difference in the strategies employed by Apple and Google. Apple maintains strict control over its operating system, while Google cedes such control to its partners, who often have their own motives and needs to meet when it comes to updating customer handsets.

The Apple faithful may be quick to install the latest operating system, but it sometimes comes at a cost.

[Read about the pros and cons of the new iPad Pro.]

Customers all over the Web are reporting significant crashes during and after the iOS 9 installation process. One need only scan Twitter and Facebook to find people complaining in droves.

One series of problems surfaces during the installation process itself. Some report their phone will spend several minutes working on the install only to crash and generate a "System Update Failed" error message. People experiencing this problem were sometimes able to properly install the OS on subsequent attempts. Others faced more dire circumstances.

Sydney-based iPhone owner Zorry Coates told Reuters she spent three hours in an Apple Store only to be told she had to reset her device, and thus lose all her non-backed-up data, or wait for Apple to release a fix.

"They said they were aware of the problem and their engineers were working on it 24/7, but they couldn't tell me when -- or how -- I would get a solution," said Zorry. "I'm very annoyed because it's wasted half my day. They pride themselves on being a company that's flawless."

Apple was smart to delay the launch of watchOS 2 after discovering a software bug.

Eric is a freelance writer for InformationWeek specializing in mobile technologies. View Full Bio
We welcome your comments on this topic on our social media channels, or [contact us directly] with questions about the site.
Comment  |
Email This  |
Print  |
RSS
More Insights
Webcasts
People Are The Most Important Part of Autonomous SOC
Hybrid Cloud: The Great Balancing Act
More Webcasts
White Papers
How to Build Your Incident Response Plan
Accelerate Threat Resolutions with DNS
More White Papers
Reports
Accelerate Threat Resolutions with DNS
DNS Network Traffic Volumes During the 2020 Pandemic
More Reports

I cannot agree that the failure of third party apps is on Apple based on what i know. If they are witholding critical information from developers, yes. But i cannot believe they would do that. With the updates the apps are slightly better now. Some of them update when you activate the glance. Some still do not or are slow. I think that there might be an issue with the connection to the phone. I'm guessing that the app to run at its best needs to be native on the phone so when you get to the glance, it updates immediately. The Apple apps seem to do that. Many of the third parties do not which is a shame.
Reply  |  Post Message  |  Messages List  |  Start a Board

I agree. So then you must agree that the fault for the early failure of third party apps is on Apple. My question is, how are things now? Now that the uproar has died down over the Watch, are apps working better?
Reply  |  Post Message  |  Messages List  |  Start a Board

Sure, the third-party developers deserve a fair share of the blame. But shouldn't Apple have held the hands of some of these folks a little bit more to ensure there was a rich selection of third-party apps at the launch of their precious wearable?
Reply  |  Post Message  |  Messages List  |  Start a Board

The Apple Watch is a disappointment. I agree with you, the third party apps should have been working perfectly from Day One. There is no excuse for their horrible performance. Even after the update to 2.0, the third party apps still do not work nearly as well as Apple apps and it is frustrating. You can't blame it on the hardware because the Apple apps work well. To me the fault lies in the poor programming and testing protocols used by the third parties. In particular the sports apps which are frustrating to work with. Even the news apps and their glances are not worth the trouble.
Reply  |  Post Message  |  Messages List  |  Start a Board

I'm updating a phone's friend to ios 9 right now, as we speak. It got stuck in the itunes loop. Cross my fingers.

It toolk me almost 1 hr 1/2 to get this phone working again. Got stuck in the Apple logo, got stuck in recovery mode again. Yikes, what a painful experinece was to do this update.

I now get the "But Problems Abound" of the article's title.
Reply  |  Post Message  |  Messages List  |  Start a Board

Another case illustrating the importance of keeping your data backups recent. I backup monthly, and even though I have iCloud set up for Photos; I still import photos to Apeture regularly. People get into this habit of thinking devices are God made objects of absolute perfection, and act as though someone just told them Santa doesn't actually delive gifts when a glitch happens. Strangly poeples vocal outrage tends to be almost uniquely loud where phones are concerned, compared to other consumer products that experience errors in their operation.

I fortunatly had no troubles. My wifes device also had no problems.
Reply  |  Post Message  |  Messages List  |  Start a Board

I upgraded both my iPhone and iPad as soon as I got the notification that it was ready. I had no problems, and it was fast. There is plenty of new stuff. :D Brilliant! :D -Susan
Reply  |  Post Message  |  Messages List  |  Start a Board

I think that's great example. It's not so much upgrades as it is the hyped out release of a product (the Watch) that isn't ready for prime time. Shouldn't they not have third-party apps that work well at release of version one?!
Reply  |  Post Message  |  Messages List  |  Start a Board

I try to keep the native Windows operating system at all costs. That is the major reason i have not taken advantage of the free upgrade to Win 10. I think the os has to be a native install and not the upgrade or you run into problems. Even the almost weekly updates to the operating system noticably slow it down over time but they need to be installed to address security issues and other flaws.
Reply  |  Post Message  |  Messages List  |  Start a Board
Page 1 / 2   >   >>
Editors' Choice
Hot Topics