Apple could be showing "Home," an app that integrates with home automation framework HomeKit and iOS 9, at WWDC next month.

It looks like smart homes are inching closer to reality, according to recent updates on Apple's upcoming iOS 9. A new "Home" app will reportedly let customers set up their devices that operate as part of HomeKit, writes 9to5 Mac.

The HomeKit platform will serve as the foundation for smart gadgets throughout the home, which will all be connected by iOS. If Apple's initiative goes according to plan, customers will be able to use the framework for controlling products from different manufacturers through third-party apps or Siri.

The Home app will function as a setup tool for the HomeKit system. While it's not very advanced in its capabilities, current functions include:

We haven't heard much about HomeKit over the last few months because of developmental delays, like problems with the code used to program connected accessories. However, Apple has been quietly working to address these issues, and employees are now testing early versions of Home in iOS 9.

While reports suggest the possibility that Home could be restricted to internal Apple usage, the description of the app suggests that it will eventually appear in consumer hands.

In May, an Apple spokeswoman told the Wall Street Journal, "HomeKit [hardware certification] has been available for just a few months and we already have dozens of partners who have committed to bringing HomeKit accessories to market and we're looking forward to the first ones coming next month." 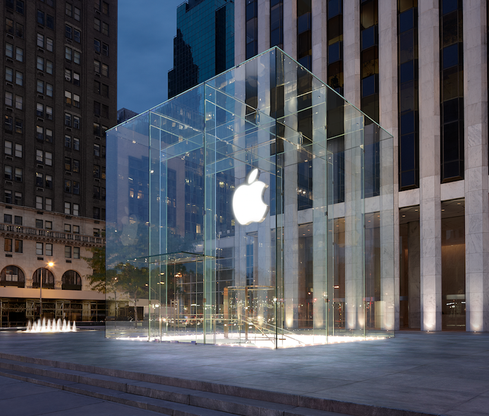 Given that timeframe, there's a chance that Apple will confirm the aforementioned details on HomeKit and the Home app during its annual WWDC event on June 8.

Will manufacturers be able to coordinate alongside Apple's schedule? It doesn't look like smart devices will be appearing in stores in the near future -- at least not until Apple provides the framework. A HomeKit manufacturer noted that "our launch timing is greatly dependent on Apple's launch," and that its products do not currently have a definitive launch deadline.

Kelly Sheridan is the Staff Editor at Dark Reading, where she focuses on cybersecurity news and analysis. She is a business technology journalist who previously reported for InformationWeek, where she covered Microsoft, and Insurance & Technology, where she covered financial ... View Full Bio
We welcome your comments on this topic on our social media channels, or [contact us directly] with questions about the site.
Comment  |
Email This  |
Print  |
RSS
More Insights
Webcasts
Fintech at SaaS speed: Navigating the scale & security challenge
Monitoring Critical Cloud Workloads
More Webcasts
White Papers
Intelligent Load Management
Bandura Threat Intel Integrations Infographic
More White Papers
Reports
2021 Digital Transformation Report
Are We Cyber-Resilient? The Key Question Every Organization Must Answer
More Reports

Kelly, I was already expecting Home after Health came on iOS 8. Manufacturers will sure be ready as this has not been a secret. There was a lot of talk about connected products at MWC in Barcelona earlier this year, and even I saw some comapnies were already presenting connected products. So, smart products will be appearing in stores sooner than what you thought they would. -Susan
Reply  |  Post Message  |  Messages List  |  Start a Board
InformationWeek Is Getting an Upgrade!

IT Leadership: 10 Ways to Unleash Enterprise Innovation Lisa Morgan, Freelance Writer,  6/8/2021
White Papers
4 Key Elements of an ML-Powered NGFW: How Machine Learning is Disrupting Security
Why You're Wrong About Operationalizing AI
Research from STL Partners and Vertiv Reveals Why Telcos Should Prioritize Efficiency and Sustainability in 5G Network
Future Proofing Your Network for 5G
Cloud Security Blueprint: Architectures and Solutions