50%
Tweet
Marco Arment, who created one of the most popular ad-blocking tools for iOS 9, had second thoughts about what he created. Will other ad blockers follow, and will users care?

You have never heard of Marco Arment, but you should have. He has outstanding geek cred.

Arment was the lead developer on Tumblr until 2010. He also created Instapaper and ran it for five years until its sale in 2013. He's now working on the Overcast podcast app for Apple's iOS.

Oh yes, Arment has another product.

Arment developed Peace 1.0, an ad blocker for iOS 9 that immediately went to the top of the paid charts at the App Store. In a jaw-dropping move, he then went and pulled it two days after it landed. He even offered refunds to those who had bought it.

It seems that the dilemma of "ad blocking" struck home with Arment, who expressed it in many ways.

Arment notes in a Sept. 18 post on his personal blog:

"Achieving this much success with Peace just doesn't feel good, which I didn't anticipate, but probably should have. Ad blockers come with an important asterisk: while they do benefit a ton of people in major ways, they also hurt some, including many who don't deserve the hit." 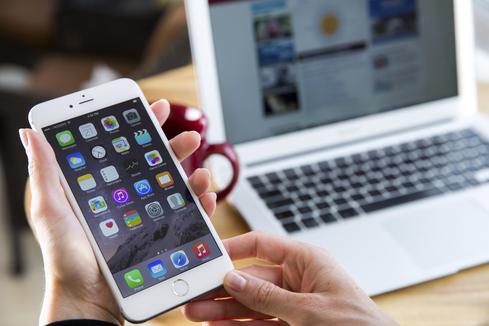 Was something wrong with Peace?

Arment said, "Peace required that all ads be treated the same -- all-or-nothing enforcement for decisions that aren't black and white. This approach is too blunt, and Ghostery and I have both decided that it doesn't serve our goals or beliefs well enough. If we're going to effect positive change overall, a more nuanced, complex approach is required than what I can bring in a simple iOS app."

While it would be possible to add user input to Peace and give it more subtlety than it currently has, Arment doesn't want to follow that route.

Arment puts it this way: "It's simply not worth it. I'm incredibly fortunate to be able to turn away an opportunity like this, and I don't begrudge anyone else who wants to try it. I'm just not built for this business."

Competitors like Purify and Crystal are sure to take up the slack in the App Store.

The draconian approach of "everything is an ad" is too simple for Arment.

Some content blockers do allow "whitelisting" of particular websites as a whole. This can lead to sites paying the blocker's creators to get on that whitelist and bypass the blocker. (I’m shocked, I tell you -- shocked!) Granularity in blocking content based only on the services that are present on the site is usually not present.

Maybe Arment will come up with a more sophisticated solution in the future that won't make him feel ashamed of what he created.

Larry Loeb has written for many of the last century's major "dead tree" computer magazines, having been, among other things, a consulting editor for BYTE magazine and senior editor for the launch of WebWeek. He has written a book on the Secure Electronic Transaction Internet ... View Full Bio
We welcome your comments on this topic on our social media channels, or [contact us directly] with questions about the site.
Comment  |
Email This  |
Print  |
RSS
More Insights
Webcasts
Cyber Attack Evasion Techniques
Zero-Trust In Practice
More Webcasts
White Papers
Let's Talk: Why Language Matters in Cybersecurity
The Forgotten Link Between Linux Threats & Cloud Security
More White Papers
Reports
Assessing Cybersecurity Risk in Today's Enterprise
2019 Threat Hunting Report
More Reports