Microsoft is planning to pre-install apps on a number of different Android smartphones and tablets, including ones from Samsung and Dell.

Microsoft is looking to take its suite of productivity apps to a much wider audience, including those users who prefer Android smartphones and tablets. On March 23, the software giant detailed new agreements with Samsung and Dell that will allow the companies to pre-install Microsoft apps onto an array of different mobile devices. 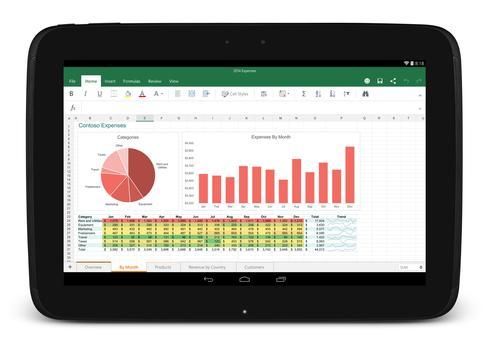 Through business-to-business sales channels, companies have access to the Business, Business Premium, and Enterprise versions of Office 365, which will be coupled with Knox.

Microsoft's cloud-based Microsoft Office 365 offers access to the company's suite of Office applications, which include email, calendar, videoconferencing, and documents.

The applications are optimized to provide a seamless experience across a variety of Internet-connected devices, including PCs, smartphones, and tablets.

As part of the agreement, Samsung will include a setup service and provide ongoing support. The Galaxy S6 and Galaxy S6 edge will also come with 100 GB of additional free cloud storage for two years through Microsoft OneDrive.

In addition to its deal with Samsung, Microsoft and Dell inked a deal to pre-install a number of different apps with the PC maker's devices, including Word, Excel, PowerPoint, OneNote, OneDrive, and Skype on Android. Dell, along with a number of smaller, regional partners, will include these apps later in the year.

The regional original equipment manufacturers (OEMs) including in the Microsoft deal include TrekStor of Germany, JP Sa Couto of Portugal, Datamatic of Italy, DEXP of Russia, Hipstreet of Canada, QMobile of Pakistan, Tecno of Africa, and Casper of Turkey.

The partnerships represent a shift in strategy for Microsoft, which has until now withheld its most profitable product from competitors.

Microsoft now appears keen to get its products into the hands of as many users as possible, regardless of whether those devices are running a native version of Windows.

"We see an opportunity to turn our focus to our device partners, easing mobile access to great apps and services for customers by pre-installing them directly on the device," Peggy Johnson Microsoft’s executive vice president of business development, wrote on the company’s official blog.

A January report from The Wall Street Journal also indicated Microsoft is looking to expand its partnership base further by teaming with Cyanogen, which has developed an open-source operating system based on Android.

Microsoft was reportedly part of a $70 million equity financing round, in a possible effort to make Android more friendly to Office applications.

While Microsoft offers its own mobile operating system, Windows Phone, the platform lags significantly behind Android and Apple iOS.

In the fourth quarter of 2014, Windows Phone accounted for slightly less than 3% of smartphone OS market share, and had the smallest year-over-year increase, just 4.2 percent, among the leading operating systems, according to technology research firm IDC.

Nathan Eddy is a freelance writer for InformationWeek. He has written for Popular Mechanics, Sales & Marketing Management Magazine, FierceMarkets, and CRN, among others. In 2012 he made his first documentary film, The Absent Column. He currently lives in Berlin. View Full Bio
We welcome your comments on this topic on our social media channels, or [contact us directly] with questions about the site.
Comment  |
Email This  |
Print  |
RSS
More Insights
Webcasts
Detecting and Preventing Insider Data Leaks
People Are The Most Important Part of Autonomous SOC
More Webcasts
White Papers
Sunburst: Impact and Timeline
Maturing Your Cloud Security Program
More White Papers
Reports
The State of Threat Detection and Response
The Malware Threat Landscape
More Reports

I agree.  I think the initial thought was "hey, we'll include it for iOS since it's a big market", and now that Android is seeing a larger market presence, it makes perfect sense.  Not only will it help them in the business space through BYOD, it will make it easier for regular consumers to work with Microsoft applications that weren't natively supported earlier.
Reply  |  Post Message  |  Messages List  |  Start a Board

I can't send a document or spreadsheet to my husband without first having to save a copy of it as another version so his program can read it. I hope they do better with the mobile version.
Reply  |  Post Message  |  Messages List  |  Start a Board

I agree, I think this is a smart move on their part.  And frankly its the only way I would have anything close to Microsoft on my phone, since I will likely never buy a Windows Mobile device.  Seems like they realized the lions share of the mobile phone consumers feel this way and are using this as their entry point into those pockets.  Smart move...
Reply  |  Post Message  |  Messages List  |  Start a Board

The "if you build it, they will come" philosophy doesn't work well when you are way behind the first and second place market leaders. This new strategy shows that the new Microsoft is more open to alternative ways to get their flagship product, Office, into as many hands as possible.
Reply  |  Post Message  |  Messages List  |  Start a Board
Editors' Choice
Hot Topics