The startup behind to-do app Wunderlist could prove an asset to Microsoft's mobile strategy.

Microsoft already has us talking this week with news of an official release date for its Windows 10 operating system. The buzz has barely died down, but we're already moving on to the next news: its acquisition of startup 6Wunderkinder GmbH.

The German business built Wunderlist, a productivity app that helps people create, organize, and share their to-do lists. You can set reminders and due dates, assign tasks to other people, or collaborate with colleagues in Wunderlist Pro. The app supports a range of platforms, including Android, iOS, Mac, Windows, Kindle Fire, and Web browsers.

[6 Microsoft Acquisitions: What Do They Mean?]

The 6Wunderkinder was reportedly valued at a price between $100 and $200 million, writes The Wall Street Journal. The iOS and Android app team will stay in Germany and report to Microsoft headquarters in Washington.

Microsoft noted in a blog post that Wunderlist will continue to be available for free in all existing markets, and there will be no price changes for Wunderlist Pro or Wunderlist for business customers.

Just two weeks ago, Wunderlist announced its integration with calendar app developer Sunrise, which also offers its service across iOS, Android, and Mac. The partnership enabled users of the two apps to view to-do lists in their calendars and add tasks directly from the Sunrise app.

If Sunrise sounds familiar, that's because Redmond also bought that startup earlier this year. The goal of that transaction, also reportedly worth $100 million, was seemingly to improve the functionality of Outlook's calendar for a range of devices and platforms. Sunrise lets users access calendars across Google, Exchange, and iCloud.

While Microsoft has not released specific details on its plans for 6Wunderkind technologies, the company stated that it will "build on and apply Wunderlist's innovations to Microsoft's apps and services," and that more details will be available "in the months to come." 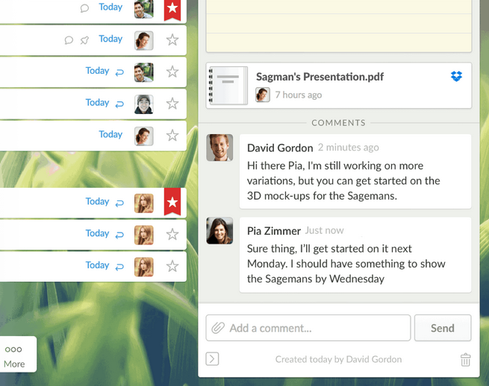 In addition to a stronger focus on mobile, the 6Wunderkind acquisition shows Microsoft's continued emphasis on providing services across rival platforms. Apps like Cortana, Office Lens, and Delve will soon be available for iOS and Android devices. CEO Satya Nadella's vision of productivity in a mobile-first, cloud-first world is becoming reality.