The acquisition gives Microsoft the power to create its own mobile hardware.

Microsoft's $7.2 billion acquisition of Nokia Devices and Services will finally close on Friday, following a delay to accommodate regulatory review.

Brad Smith, general counsel and executive vice president at Microsoft, announced the pending consummation of the deal in a blog post on Monday.

"The completion of this acquisition follows several months of planning and will mark a key step on the journey towards integration," said Smith. "This acquisition will help Microsoft accelerate innovation and market adoption for Windows Phones."

Microsoft has plenty of room to accelerate. The global marketshare of Windows Phone stands at just 3.9%, according to the research firm IDC. But IDC expects that figure to reach 7% by 2018. Between now and then, it also expects the global marketshares of Android and iOS, the two leading mobile operating systems, to decline from 78.9% to 76% and from 14.9% to 14.4%, respectively. 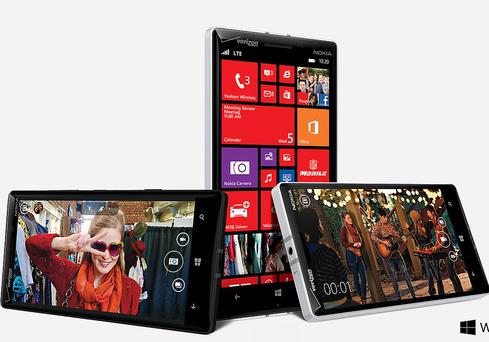 Microsoft released Windows Phone 8.1, the latest version of its operating system for mobile devices, to developers a week ago. The update introduces several new features designed to compete with the capabilities of Android and iOS. These include: Cortana, Microsoft's answer to Apple's Siri personal assistant; a notification system called Action Center; and improved browsing and battery life.

Though absorbing Nokia Devices and Services will give Microsoft more complete control over its mobile hardware, it won't immediately address the company's software shortfall: The Windows Phone store had only 240,000 apps in February. Apple's App Store and Google Play each boast more than 1 million apps.

However, Microsoft's decision to open source more of its .Net development framework through the newly formed .Net Foundation and its collaboration with Xamarin, maker of a framework for cross-platform development, might encourage more developers to use Microsoft-friendly tools. Those who do so will find it much easier to create Windows app builds from code intended for Android or iOS markets. And in the long run, broader adoption of its development tools should make Microsoft more relevant in the mobile market.

Thomas Claburn has been writing about business and technology since 1996, for publications such as New Architect, PC Computing, InformationWeek, Salon, Wired, and Ziff Davis Smart Business. Before that, he worked in film and television, having earned a not particularly useful ... View Full Bio
We welcome your comments on this topic on our social media channels, or [contact us directly] with questions about the site.
Comment  |
Email This  |
Print  |
RSS
More Insights
Webcasts
Detecting and Preventing Insider Data Leaks
Nip Ransomware in the FUD: Detecting Attacks Pre-Encryption
More Webcasts
White Papers
Why Add Security to Your Skill Set and How to Do It
New Cybersecurity Paradigm
More White Papers
Reports
Building the SOC of the Future
The State of Cloud Computing - Fall 2020
More Reports