At its Connect(); conference, Microsoft offered tools that reach beyond Windows and reaffirmed its commitment to cross-platform development.

As part of its recent effort to appeal to developers creating software for platforms other than Windows, Microsoft on Wednesday released Visual Studio Code beta as an open source project on Github.

Visual Studio Code is supported by a new extension store, Visual Studio Marketplace, which provides an easy way to add additional features and support for other languages. There's already an extension for Go, a language developed by Google and released as an open source project in 2009.

Though it can be used to develop code for other platforms, Visual Studio is only available on Windows. Yet, Microsoft clearly sees value in cross-platform development as a way to remain relevant to developers focused on mobile devices, where Windows is scarce. Facebook, without any mobile operating system of its own, has shown similar interest in cross-platform technology. 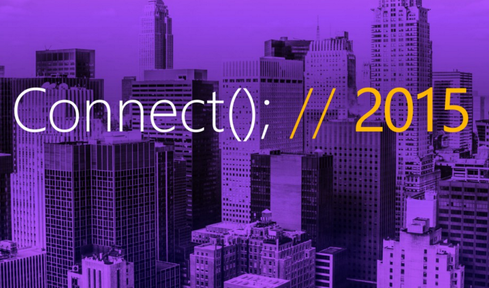 Cross-platform development tends to be challenging because the cross-platform toolmaker is usually a step behind third-party APIs and emerging hardware capabilities. Compatibility across platforms can be difficult to maintain because third-party API changes may not be immediately addressed by updates to cross-platform tools. This can create headaches for developers when they need rebuild their apps to address API changes that break things. It can also delay the implementation of features made possible by new APIs.

Microsoft may have the resources to deal with these issues, but its ambitions appear to have exceeded its capabilities for the time being. The company has been working on four code conversion tools -- bridges -- to help developers bring apps from other platforms to Windows, but over the weekend the company acknowledged that its Android bridge, Project Astoria, has been delayed.

Microsoft, however, appears to be committed to cross-platform development. Having last year open sourced portions of its .Net framework, the company on Wednesday, in conjunction with its Connect(); virtual developer conference, released .NET Core 5 RC and ASP.NET 5 RC for Linux, OS X, and Windows.

Microsoft also released a preview version of a Visual Studio extension that adds support for remote debugging of Linux software though the GDB debugger. In addition, it launched Visual Studio Dev Essentials, a free program that aims to help developers create apps on any device or operating system. It comes with Visual Studio Community Edition, credits for running apps in Azure, educational resource credits, and access to virtualization tools.

Thomas Claburn has been writing about business and technology since 1996, for publications such as New Architect, PC Computing, InformationWeek, Salon, Wired, and Ziff Davis Smart Business. Before that, he worked in film and television, having earned a not particularly useful ... View Full Bio
We welcome your comments on this topic on our social media channels, or [contact us directly] with questions about the site.
Comment  |
Email This  |
Print  |
RSS
More Insights
Webcasts
Disaster Recovery/Business Continuity in the New Normal
4 Practical Tips for Building a Data Lake
More Webcasts
White Papers
The State of Malware Threats
Future Proofing Your Network for 5G
More White Papers
Reports
[Report] 2021 State of IT & SecOps
Cloud Misconfiguration Mayhem
More Reports