Microsoft is rolling out the first public preview of Windows 10 for mobile to Windows Insiders, but not all devices are eligible.

Microsoft had hinted that the mobile build of its new Windows 10 operating system would be available for preview in February. After releasing the desktop preview a few weeks ago, it's delivering on its promise to (some) mobile users.

The Windows 10 Technical Preview for phones is now available for select Windows Insiders to test on Windows Phones and provide feedback. Those who are willing to handle a few bugs can download the first preview build, but only a few phones are eligible. They include:

In a blog post detailing the announcement, Microsoft admits that this is the earliest public preview it has launched for Windows on smartphones and that this version is still rough around the edges. It will feel less complete than the desktop build of Windows 10, and users can expect to see bugs. Right now, it's not available on higher-end phones due to a partitioning issue in the upgrade process.

For those who cannot download the build or fear damaging their phones, here are a few of the features that are available in the preview released today: 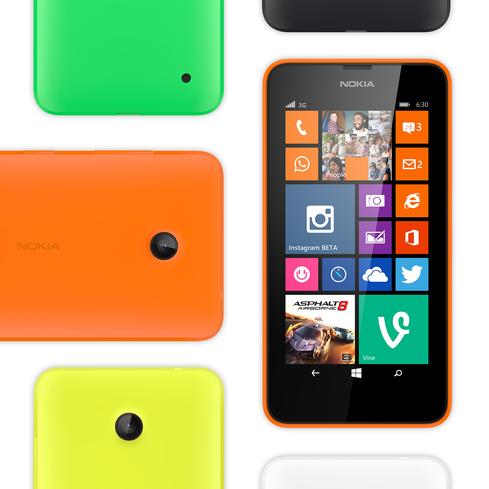 For those planning to download the preview, there are a few larger problems to watch for. In this build, Cortana is limited to US-only and English-only. Existing alarms will not migrate to the new OS, and WiFi settings will not roam. Apps are not displayed in battery saver, and it may take a few attempts to attach photos to email, OneNote, and Facebook via the Photos app. The build will not sync to Microsoft Band, and trying to set a lock screen picture will fail periodically.

Testers feeling apprehensive should note that Microsoft wanted to ensure that anyone who tried this early build could get back to their old OS if something goes wrong. This is why the preview is only available on phones that have a recovery image available. If necessary, the new Windows Phone Recovery Tool will restore that image.

Microsoft also adds that future builds of the OS will include new features in the universal apps for Word, Excel, and PowerPoint running across phones, tablets, and PCs on Windows 10. Upcoming versions will also have new Mail and Calendar apps for Outlook and IP-based messaging from Skype and other services. Going forward, support for additional phones will be available for each new build.

Kelly Sheridan is the Staff Editor at Dark Reading, where she focuses on cybersecurity news and analysis. She is a business technology journalist who previously reported for InformationWeek, where she covered Microsoft, and Insurance & Technology, where she covered financial ... View Full Bio
We welcome your comments on this topic on our social media channels, or [contact us directly] with questions about the site.
Comment  |
Email This  |
Print  |
RSS
More Insights
Webcasts
Building Asset Management into Your Enterprise Security Strategy
Cybersecurity Risk Management
More Webcasts
White Papers
Dark Reading Report: Battle for the Endpoint
Addressing Complexity and Expertise in Application Security Testing
More White Papers
Reports
The Need for Speed: Second Generation EDR
The State of Endpoint Security
More Reports