3 comments
Comment Now
Whether you're a paying subscriber or just sampling the free version, here's how to get the most out of Microsoft Office on your iPad. 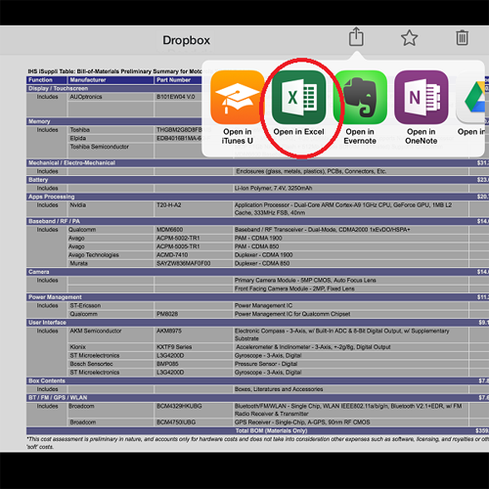 Open Office files from Dropbox
Office for iPad is designed to work with Microsoft's cloud services, including OneDrive, OneDrive for Business, and SharePoint. (Of course, it saves files locally on your iPad, too.) Unfortunately, its integration with Dropbox and other third-party cloud storage providers is pretty much nil, although Microsoft says that might change.

There's a way to open Office files from Dropbox, although it's far from ideal. In the Dropbox app, tap the Office doc you want to open, then use the "Open in " command to open the file in an Office app (e.g., Excel). Now the bad news: Office for iPad won't let you save the file back to Dropbox.

...the appeal of Office for the iPad. Office is fine as a suite of desktop apps. But I don't want to type on an iPad if I can avoid it.
Reply  |  Post Message  |  Messages List  |  Start a Board
InformationWeek Is Getting an Upgrade!