Samsung turns to the automotive space with a focus on next-generation technologies.

9 Tech Gadgets You Wish You Could Afford
(Click image for larger view and slideshow.)

Consumer electronics giant Samsung is wading into the automotive market with a focus on autonomous driving technologies, in-vehicle entertainment, and satellite navigation, according to a company statement obtained by Reuters.

The tech company will create a new division to develop the business, and that arm of the company will interact with Samsung’s existing companies to produce the technologies and components.

In a statement also picked up by Reuters, SK Securities analyst Kim Young-woo said Samsung needs to work on integrating its different areas of expertise in order to produce a market-worthy product. "Now that Samsung Electronics rolled up its sleeves, there needs to be a move to consolidate all the different parts into one," he said.

Rival Korean consumer electronics manufacturer LG announced in October that it had formed a partnership with American auto titan General Motors (GM) that would see LG supply numerous components for the Chevy Volt electric vehicle (EV), including a battery pack and cells, an electric drive motor, and an infotainment system. 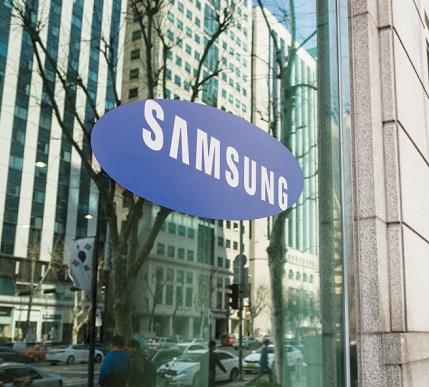 The market for autonomous vehicles is still in the early stages, with companies like Google, Delphi, and Daimler bringing self-driving test cars to the streets of the US and Germany.

Nissan is the latest automobile maker to enter the self-driving car market. It announced in November that it would begin testing autonomous cars on the road in its native Japan.

Meanwhile, the latest version of electric carmaker Tesla's software includes Autopilot, which allows sensors in the company's flagship sedan to deliver a range of new active safety and convenience features designed to work in conjunction with automated driving capabilities -- although drivers are still advised to keep their hands on the wheel.

The fleet will be increased to up to several hundred vehicles within five years, a time period that will also see Hyundai introduce and certify a specialized Hyundai fuel cell dealership to service the growing taxi fleet.

Samsung is of course not the only consumer electronics company looking into the next generation automotive market -- Apple’s Project Titan, perhaps the worst-kept secret in the tech world, reportedly aims to put an electronic car on the road sometime in the next five years, though details are scant at this point.

[Find out why Porsche is picking Apple's CarPlay for its vehicles.]

There are no renderings or preliminary sketches, but we do know that Apple has been hiring experts in autonomous vehicle technology. However, many believe that Apple's first all-electric car won't be fully self-driving. That technology will be integrated at a later date, and remains part of Apple's long-term strategy in the market.

A McKinsey survey released in September that polled 3,000 potential owners in the US, China, and Germany found that consumer interest in self-driving vehicles is high, as long as drivers have the option of taking the wheel when they want to.

Nathan Eddy is a freelance writer for InformationWeek. He has written for Popular Mechanics, Sales & Marketing Management Magazine, FierceMarkets, and CRN, among others. In 2012 he made his first documentary film, The Absent Column. He currently lives in Berlin. View Full Bio
We welcome your comments on this topic on our social media channels, or [contact us directly] with questions about the site.
Comment  |
Email This  |
Print  |
RSS
More Insights
Webcasts
Managing Your Enterprise Collaboration Platforms
Leveraging Infrastructure as Code to Streamline Security & Operations
More Webcasts
White Papers
Dirty Little Secrets of Business Intelligence: Six Challenges to Adoption
GRC Buyer's Guide - 5 Steps to Success
More White Papers
Reports
Incident Readiness and Building Response Playbook
Protection Strategies for a Cyber-Resilient Organization
More Reports