Uber has reached an agreement with New York's Attorney General to implement stronger privacy and security controls. Additionally, the company will pay a $20,000 fine to resolve a data breach issue.

Ride-hailing company Uber has agreed to a settlement with New York Attorney General Eric T. Schneiderman over the company's tracking system, referred to internally as "God View," that provided real-time access to information about affiliated vehicles, drivers, and passengers. The settlement requires Uber to take steps to protect customer data. Separately, the company has agreed to pay $20,000 for failure to provide notice of a data breach disclosed in Feb. 2015.

During the course of the investigation, Uber removed personal information from its tracking application.

Under the agreement, Uber will keep location data in a password-protected system and will encrypt the data in transit. It will employ an approval process and technical controls that limit access to location data to employees with a legitimate business need for the information. It will designate one or more employees to oversee its privacy and security program. 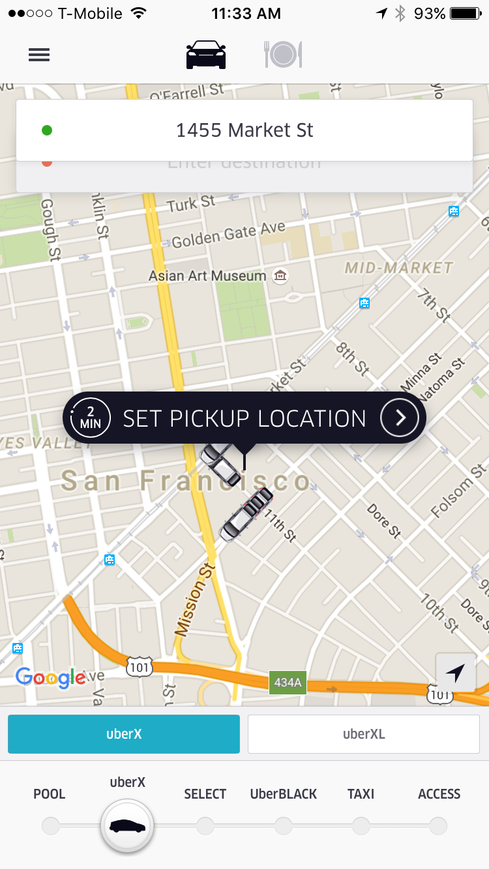 The $20,000 fine is a consequence of Uber's failure to report a data breach in a timely manner, as required by New York business law. In Feb. 2015, Uber revealed that in Sept. 2014 it had discovered a data breach that occurred in May that year.

According to the Assurance of Discontinuance that summarizes the NYAG's findings, Uber was informed that a competitor had access to an Uber security code. The company's investigation found that an Uber employee had inadvertently posted the security code to Uber's cloud storage account on GitHub and that someone using an IP address not associated with any authorized Uber personnel had accessed a "pruned" copy of an Uber database.

"Although Uber had deleted most personal information and 'salted and hashed' passwords within the file before it was stored, the file contained driver's license numbers capable of being matched to driver names stored elsewhere within the file," the NYAG's filing states.

The filing says that Uber updated its privacy policy in July 2015 to cover how it handles location information. The company's current policy allows Uber to collect a user's location through mobile operating system mechanisms, following initial consent, even when the Uber app has been closed. (The app runs as a background process.)

The filing says that Uber doesn't currently collect location information when its app is closed and that the company has committed to notifying users and providing an option to opt-out if it starts doing so. The company also reserves the right to derive a user's location from his or her IP address, a method less precise than using geolocation APIs.

The settlement formalizes many practices and policies that have already been in place for some time. The company's commitment to use client data only for a legitimate business purpose, for example, dates back to a prior privacy policy update in Nov. 2014. The update followed a Buzzfeed report that one of the company's executives had suggested hiring opposition researchers to find embarrassing information about reporters who had criticized the company.

"We are deeply committed to protecting the privacy and personal data of riders and drivers," an Uber spokesperson said in an emailed statement. "We are pleased to have reached an agreement with the New York Attorney General that resolves these questions and makes clear our commitment to best practices that put our community first."

Thomas Claburn has been writing about business and technology since 1996, for publications such as New Architect, PC Computing, InformationWeek, Salon, Wired, and Ziff Davis Smart Business. Before that, he worked in film and television, having earned a not particularly useful ... View Full Bio
We welcome your comments on this topic on our social media channels, or [contact us directly] with questions about the site.
Comment  |
Email This  |
Print  |
RSS
More Insights
Webcasts
Keys to Better Cyber Risk Assessment
Take DevOps to the Next Level
More Webcasts
White Papers
Annual Cybercrime Report
Data-Driven Vulnerability Remediation with Vulcan Cyber - A Case Study With Snowflake
More White Papers
Reports
We Need Your Input: Trends in Workforce Optimization
Trustwave Global Security Report
More Reports