14 comments
Comment Now
Get the most from your iPhone or iPad with these App Store gems. 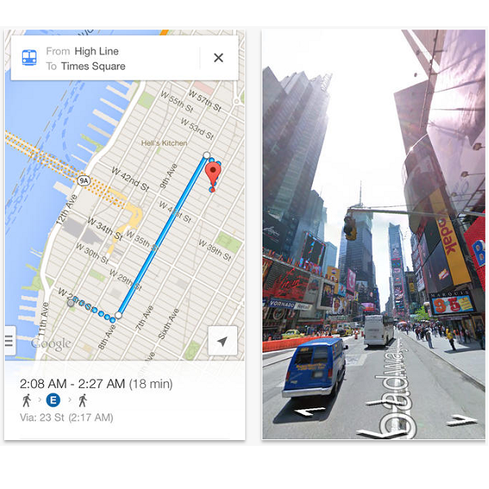 Google Maps
What a long, strange trip it's been. The original Maps app in iOS was powered by Google Maps until Apple switched to its own homegrown mapping system in mid-2012. Google Maps returned to the iOS App Store a year ago, albeit as a third-party alternative to Apple's Maps app.

So why did Google Maps make our Top 10 list? Because it delivers an excellent set of mapping tools for iPhone and iPad users. The latest version, in addition to being optimized for iOS 7, has plenty of cool tools, including voice-guided GPS navigation, 360-degree Street View tours, and public transit, biking, and walking directions. Alas, if only Apple would let iOS users choose their default mapping app. Ha! Dream on.

Yokara is all what you need. It's a karaoke application with videos from Youtube.
More than just singing, with Yokara, you can make more friends and gain more experiences to improve your singing skill. Yokara is a social network that let you share your records, listen to others, comment and chat to other friends. In addition, you can also watch other videos on Youtube.
Download today to hit all the latest songs and to be singers at anytime you want.
Reply  |  Post Message  |  Messages List  |  Start a Board

Duolingo definitely deserves its place here. It's like I've been learning Spanish and Italian all year long! Paper was a great surprise too.

Since I have a new job I'm using Beesy, a productivity management app really cool. You should have a look a it for you're the 2014 top.

I would add a three more mobile apps that are great for business people who want to sell, lead and work better:

Email for Business is another app that I think should have been a part of such a list. I have been using it for quite some time and my emaling headache has literally vanished.
Reply  |  Post Message  |  Messages List  |  Start a Board

Good list, thank you for sharing. I like Dropox, is a great app, but also one of my favorite apps is Meeting, an app that helps you write meeting minutes, setup meeting agendas, manage action items etc The app works on Mac, iPad and iPhone  http://themeetingsapp.com/
Reply  |  Post Message  |  Messages List  |  Start a Board

I agree that Evernote should be on the list as it's a great productivity tool... I also love "FastEver" to save synced ideas quickly to my evernote db.
Reply  |  Post Message  |  Messages List  |  Start a Board

All the steps? You mean pressing the forward arrow? That's one step.
Reply  |  Post Message  |  Messages List  |  Start a Board

Got up to three and got tired of all the steps necessary to read a new page.  if theres a better way, tell me.  Otherwise I'm off Info Week 10 bests.  Its a cheap fix.
Reply  |  Post Message  |  Messages List  |  Start a Board

I believe Evernote should be on the list. It's a super useful app, and it always works great. It's one of my top favorite apps.

What's Next: AI and Data Trends for 2020 and Beyond Jessica Davis, Senior Editor, Enterprise Apps,  12/30/2019
White Papers
Using AI to Power AppSec
Simplify Your App Security
NetFlow vs Packet Data
[IT Trend Report] The Future of Cloud
The Value of Threat Intelligence