As manufacturers realize that real growth potential is in the developing world, the race is on to build the best inexpensive smartphone. Phone makers are getting closer but haven't perfected the formula yet. 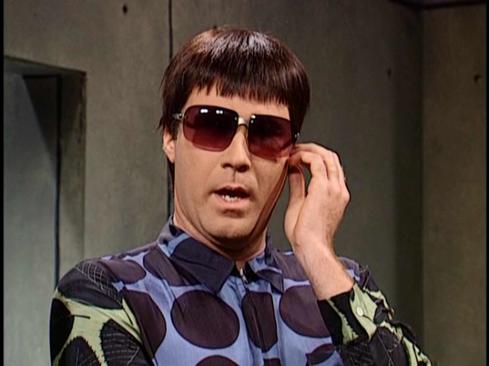 Can you hear me now?
Despite what Will Ferrell would have us believe, the race in the handset industry has never been about making the smallest smartphone -- just the opposite. Until just last year, the only race in the smartphone industry was to see who could squeeze the most or best features into the biggest, highest-priced handset without pushing it completely out of the reach of tech-crazed middle-class consumers.

Then data from 2013, including research firm Strategy Analytics, showed that smartphones outsold feature phones for the first time in the history of the cellphone -- and the biggest block of buyers was the emerging market of China.

Suddenly every analyst firm was predicting that emerging markets will be where the real growth for the handset market is going to happen, and handset makers woke up to the reality that simply fighting for the top end of the market wasn't going to serve those new buyers at all.

So now they're all fighting for what they see as the "low end" of the market.

Most consumers outside the US buy a handset at full price -- which means the iPhone 5S that you paid $199 for on-contract would cost someone in China the equivalent of between $599 and $799, depending on features -- in other words, the cost of a new laptop.

One of the problems with some of the early attempts at the "affordable" global smartphone is that most manufacturers seemed to think that the world would rush to a handset that costs the same off-contract as a top-end smartphone does on-contract -- typically around $199.

But for a farmer in Kenya, for example, $199 is not affordable. It's more like the investment those in the developed world might make to purchase a powerful computer -- something to be considered carefully and done only every half a decade or so.

That's one of the reasons pundits said the first inexpensive iPhone model, the 5C, wasn't meeting sales expectations. That is, they said that until Apple's quarterly earnings presentation last week, in which Tim Cook placed the credit for a truly spectacular quarter largely on iPhone 5c sales.

So which phones are best suited for the new hottest market -- the lower end? Here five attempts, some of them flops, and my reasoning for each.

Rodney Brown is a veteran of both the newspaper world and the retail management world. Having held nearly every job a newspaper has, from selling advertising to running the presses, he truly has been an ink-stained wretch. Now, with the web, he is pixel-stained. He cut his ... View Full Bio
We welcome your comments on this topic on our social media channels, or [contact us directly] with questions about the site.

If I was looking to replace my phone, I believe I'd be better off trying to get something with better specs, but for the same amount of money ($50) on Craigslist.
Reply  |  Post Message  |  Messages List  |  Start a Board

I carry one of those Phablet sized devices, primarily because I do a lot of work outside the office and it is a nice blend of small enough that I'm not pulling a laptop out to send quick replies to emails and I'm not using a tiny phone screen to try and open a remote session into a server if I need to give something in the office some attention.  I also have a tablet (Surface Pro) that has become my do almost everything device.  During the day it sits docked on my desk acting like a desktop PC, and when I'm away from the office it goes with me like a laptop.  If I could get a phablet that performed like my Surface this I would jump at the chance to buy one.
Reply  |  Post Message  |  Messages List  |  Start a Board

My 12-year-old son was craving a smartphone, but there was no way I was going to buy him an iPhone and then add a $40- to $70-per-month contract on top of the cost of the smartphone. The Lumia 520 was a great, low-cost choice, and with AT&T's GoPhone month-to-month plan, it's $25 per month with talk and text but limited mobile data. He can use WiFi for browsing in many places (Optimum/Cablevision has an extensive network in the NYC area).

My son admits he has dropped his Lumia many times, but it seems to be tough as nails (knock wood).
Reply  |  Post Message  |  Messages List  |  Start a Board

In addition to making my pocketbook lighter, phablets are great or multi-tasking and convenience.
Reply  |  Post Message  |  Messages List  |  Start a Board

@Laurianne, Actually, that ties in really well with one of the points made in the article, about this price point in developing countries. A phablet may be a more perfect choice, under the assumption that they are less likely to be purchasing multiple devices.
Reply  |  Post Message  |  Messages List  |  Start a Board

I agree that the term is horrible, but I can see the appeal of the form factor. A "normal" sized phone of the flagship variety tends to have more power than can be usefully taken advantage of by the screen. I personally hate to carry multiple devices - Do you really want to leave the house with a cell phone, an ereader, tablet, laptop....?

Tablets are facing the same challenge that cameras did/do - you don't go anywhere without your phone, and it does a "good enough" job at doing what the specialist device does. The only question becomes where the border lies between big enough to optimize usefulness and small enough to stay 100% portable.
Reply  |  Post Message  |  Messages List  |  Start a Board

It is interesting to me that the displays keep getting bigger. I continue to be surprised by the number of execs using "phablet"-size phones. Our readers seem to hate the term but love the form factor. Could an affordable phablet make sense for you?
Reply  |  Post Message  |  Messages List  |  Start a Board

I don't dispute the meat of the article, but the idea that there was "never" a race for the smallest phone is simply untrue. In the late 90's and early 00's (admittedly before the smartphone revolution really took off) there certainly was a push to make the smallest possible useful phone. Even once smartphones became popular, it seemed every new top end phone was bragging about being the thinnest. Smartphone makers (and one would guess, smartphone buyers) seem drawn to extremes.
Reply  |  Post Message  |  Messages List  |  Start a Board
Editors' Choice
Hot Topics

11 Ways DevOps Is Evolving Lisa Morgan, Freelance Writer,  2/18/2021
White Papers
Why Add Security to Your Skill Set and How to Do It
How Secure Are Your Endpoints?
The Infoblox Q4 2020 Cyberthreat Intelligence Report
Are We Cyber-Resilient? The Key Question Every Organization Must Answer
The Hidden Security Risks of APIs: How to Protect Your Brand, Business, and Data