Plenty of mobile mishaps led to Microsoft's decision to cut thousands of jobs in its phone division. 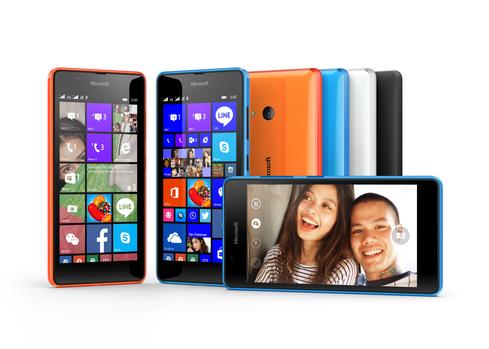 Microsoft has announced yet another reorganization intended "to better focus and align resources," the company reported. A new round of layoffs will eliminate 7,800 jobs, specifically in its struggling phone business.

As a result of the restructure, Microsoft will also record an impairment charge of about $7.6 billion related to assets associated with its purchase of Nokia last July. It will also take on a restructuring charge totaling between $750 million and $850 million.

The layoffs and financial charges will take place over the next few months and finish by the end of this fiscal year, Microsoft noted.

This news marks one of many restructures to occur under CEO Satya Nadella. Late last month, Microsoft sold Bing Maps imagery technology to Uber and transferred its display advertising business to AOL. Each announcement involved the transfer or layoff of Microsoft employees.

This reorganization, like many Microsoft shakeups we've seen over the past year, is intended to better align corporate strategy with the new priorities Nadella has implemented since stepping into the top position over a year ago.

Nadella wrote in an email to employees that he is committed to Microsoft's first-party devices, including phones. His focus, however, is on driving mobile efforts in the near term while prioritizing reinvention.

Microsoft's leader is taking big steps to reinvent its mobile strategy. It could be said Nadella is trying to make the best of a bad situation; after all, the struggling Windows Phone division fell into his lap when he took over for former CEO Steve Ballmer.

Competitors Apple and Google have long outpaced Microsoft in mobile market share. Where did Redmond go wrong in its mobile evolution? Let's take a look at a few key mistakes that put Microsoft's mobile division in its currently fragile state.

Microsoft has the Band, so it at least has a presence in the fitness tracker space. Will it build more advanced smartwatches and other wearables? I'd be surprised if it didn't try. I'm reminded of a 'productivity future vision' video Microsoft produced a few months back that included what appeared to be a 'smart bracelet'. You can watch the video here, I wrote a short piece on it: http://www.informationweek.com/software/enterprise-applications/microsoft-shares-productivity-future-vision-video/d/d-id/1319268

@impactnow "the process to buy a phone requires a PhD"- too true! You need to read over everything with a magnifying glass before committing.
Reply  |  Post Message  |  Messages List  |  Start a Board


While I agree that Microsoft was late to market it's also true that the entire cell phone market is in dire straits. Pricing is soupy the process to buy a phone requires a PhD and the plans are egregiously expensive. The entire marketplace is like landline phones in the 70s. There needs to be some leveling in the marketplace but it's not happening because the players are merging are creating only a few key players that are no playing copycat and leaving the consumer out in the cold. The pricing premium on both phones and services can't continue long term, maybe Microsoft will be the ones to overhauls that structure and it will make them relevant again.

@ashu001 I don't think we'll see Microsoft leave the mobile space entirely, but I do think it'll be taking a different approach. Buying Nokia just ended up being the wrong move and I think Nadella is trying to revamp the strategy. Microsoft is still planning to launch Windows 10 Mobile sometime this year (likely in the fall), and we've also heard mention of a Windows 10 flagship phone.
Reply  |  Post Message  |  Messages List  |  Start a Board

@saneIT you're right that Microsoft was big enough to stop the iPhone. The issue was, it was such a powerhouse that it thought it was right in knowing what customers wanted. That was true for PC software but definitely not for mobile. Apple captured the customer interest Microsoft didn't, and Microsoft gave Apple plenty of room to grow.
Reply  |  Post Message  |  Messages List  |  Start a Board
Editors' Choice
Hot Topics