9 Technologies That Matter In 2014 - InformationWeek

Predictions about what will come seldom prove accurate. That's why prognosticators pick trends, rather than specific events. Witness Gartner's recent top 10 strategic technology trends for 2014. It correctly identifies areas of active innovation, such as 3D printing, the extension of the Internet to everyday objects, and smart machines. But it fails to provide enough guidance to pick specific winners from an investment standpoint.

Even when market seers stick with broad strokes, they often get it wrong. For years, people have fretted about peak oil -- the notion that global oil production will hit a peak and then diminish. In theory, it makes sense. Oil supply is limited, and the amount we extract every year cannot continue growing forever. But peak oil doomsayers got the timing wrong. It was supposed to happen in the 1990s, and then in the following decade. But it didn't, thanks to fracking and other technological advances in oil extraction. And when it comes to predicting the future, timing is everything.

Predictions work better when there's less guesswork involved. The science fiction writer William Gibson once observed, "The future is already here -- it's just not very evenly distributed." Sometimes we can see into the future because it's already visible somewhere in the present.

Here are a few technologies and products that we know are coming. What remains to be seen is whether and how they will change things. 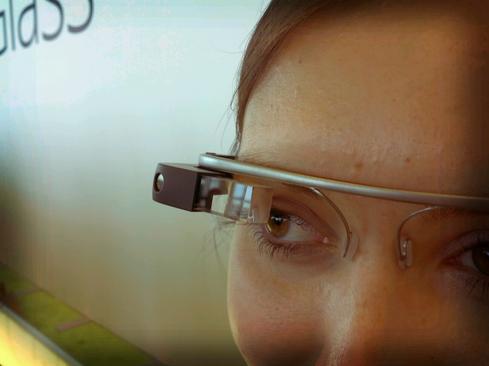 Google Glass
Google Glass should be available to consumers in 2014. Whether anyone will buy it remains open to debate. But before you dismiss Glass with some remark about "Glassholes," consider Google+ and Google Chromebooks. Both were derided as jokes when they debuted. Google+ was seen as a pale imitation of Facebook, and Chromebooks were dismissed for being unable to run Microsoft Office and for their modest computational prowess.

Today, Google+ commands some respect, in part because Google forced it on everyone. Chromebooks are actually selling and can work with Office documents through the company's Quickoffice integration, not to mention Google Apps. Google may be ruthless about killing its products, but it's also willing to sustain strategically valuable ones.

[How many sensor-equipped, networked devices are on your shopping list this year? Read Internet Of Things Meets Holiday Wish Lists.]

Google Glass is just that: It matters to Google because mobile computing is the future. We know that because mobile computing, wearable or otherwise, keeps expanding in the present. We have computers and sensors that communicate with them in a growing number of everyday accessories, appliances, structures, and vehicles. We will have computers in glasses, too. But we don't yet know what applications will prove useful for each form factor or who will use the applications.

In the case of Glass, Google's cautious rollout has started to suggest how computerized eyewear might matter. The recently introduced Glass app Word Lens translates printed words using the Glass camera in real-time.

Think about the utility of being able to read foreign languages through your glasses instantaneously. If Google made a version of Glass that did that and offered it for a few hundred dollars, it would be a massive hit among travelers.

Wireless charging
Wires are keeping the mobile revolution tied to the ground. No one really wants them, but they haven't proven easy to eliminate. The technology industry has made some progress in that direction through wireless technology. Wireless data protocols like AirPlay and Bluetooth have reached a point where physical cables are no longer necessary for good audio, not to mention streaming video.

Power cords, however, are still widely used. Apple has danced around the issue for a while by combining multiple cables into a single one on its monitors and making power cords easier to remove through its MagSafe technology. But Microsoft and Nokia have forged ahead and cut the power cord, repeating a feat Palm accomplished in 2009. The Lumia Windows Phone 820 and 920, introduced in 2012, made wireless charging widely available. The technology has since proliferated in the form of Qi wireless chargers, which support a growing number of mobile devices. Expect Apple to have an answer for this sooner or later.

The next year should bring improved wireless charging time from Sony and a more effective charging system from Samsung and the New Zealand startup PowerbyProxi. Eventually, this technology will spread to other devices. Mobee already offers an inductive charger for Apple's Magic Mouse. Developments in 2014 will hasten the cutting of cords. In a few years, power cords will look antiquated, at least for mobile devices.

Curved smartphones
Samsung has already released a curved smartphone, the Galaxy Round, and LG has just done the same with its G Flex. Bloomberg has reported that Apple is working on phones with curved displays, for possible release in the third quarter of 2014.

Expect more curved phones, but don't ask why, because there isn't really a good answer. In its assessment of the Galaxy Round, Engadget said the device is comfortable to hold and feels comfortable in a pant pocket. A minor advantage, perhaps, though hand fit can be addressed by avoiding large-screen phones, and pants are not the only place to carry phones. Screen curvature really isn't a big deal unless you're lining up several phones to build a tiny aqueduct or using one as a gutter to roll Raisinets into your mouth.

As a trend, curved phones matter mainly because they represent an effort to think outside the box, which is to say the rectangular form factor. Curved phones are a sign of what's to come: phones in wristbands, phones that fold, and so on. They'll get better.

> Will a Chrome tablet be the final nail in the coffin for Android tablets? Or will the two coexist?

I expect they will co-exist for a while. Eventually, I think Android apps will able to be embedded in Chrome OS. Android has costs (patent licensing fees) that Chrome OS doesn't, so it would make sense for Google to shift toward Chrome over time.
Reply  |  Post Message  |  Messages List  |  Start a Board

Wireless charging is a must -- I've been out and about countless times with a quickly draining phone battery. I've seen some wireless charging stations at Starbucks, for example, but those require a certain type of phone case. Can't wait to see what Apple has in store.
Reply  |  Post Message  |  Messages List  |  Start a Board

I think the opportunities in medical monitoring will offer the most practical benefits to the most people in the near furture. We have already come so far in medical tech, but the improvements in mobile devices and connectivity have enabled patients to live much more normal lives, and provide their doctors with more accurate and actionable data.
Reply  |  Post Message  |  Messages List  |  Start a Board

Will a Chrome tablet be the final nail in the coffin for Android tablets? Or will the two coexist?

What does ChromeOS offer for a tablet that's missing from Android?
Reply  |  Post Message  |  Messages List  |  Start a Board
InformationWeek Is Getting an Upgrade!