Saved from obsolescence by cloud computing, on Tuesday Adobe redoubled its commitment to software-as-a-service with the introduction of Adobe Document Cloud, a subscription-based document management offering.

Five years ago, Adobe's ambition to make Flash the dominant cross-platform technology for mobile was thwarted by then Apple CEO Steve Jobs, who refused to allow Flash apps on iOS devices. Jobs advised Adobe to "focus more on creating great HTML5 tools for the future."

Adobe did so, but it had already recognized that it wouldn't be able to sell expensive boxes of software forever. Following up on the acquisition of analytics company Omniture in 2009, Adobe went on to buy content management company Day Software in 2010 and other companies in the years that followed, in order to facilitate its reinvention as a cloud-based business. In 2013, Adobe said it would no longer release new versions its Creative Suite software in boxes. The transition was complete.

Today, Adobe's stock price is about three times higher than it was when CEO Shantanu Narayen jousted with Jobs over the dubious merits of Flash. Adobe now has about 4 million Creative Cloud subscribers, having added over half a million in Q1 of this year. 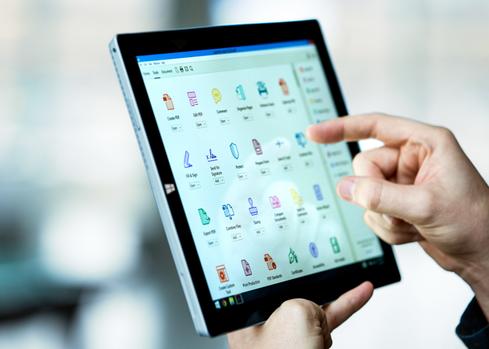 The cloud may have saved Adobe, but it's the persistence of paper at many companies that represents the company's next opportunity. In a phone interview, Mark Grilli, VP of document services at Adobe, cited IDC findings that 80% of document processes remain at least partially dependent on paper.

"We know people are spending more and more time on things that don't necessarily add value," said Grilli, pointing to IDC data indicating that 61% of survey respondents would change jobs if doing so would reduce administrative tasks. Pushing paper, it seems, is soul-crushing.

Anyone who has filled out the same doctor's form or the same school permission form, over and over, has some sense of the pain companies feel when they rely on paper-based business processes.

Adobe means to address that by making it easier to convert paper documents to digital ones. Adobe Document Cloud relies on a new touch- and mobile-focused version of the company's Acrobat software  that can digitize paper documents, called Acrobat DC. Acrobat DC relies on Photoshop technology to convert photos of paper documents into editable digital forms. It employs optical character recognition, corrects image artifacts and orientation issues, and mimics the paper document's fonts to let you do things you could with installed fonts, like resize them.

Adobe has included e-signing capabilities, from what used to be Adobe EchoSign, so document approval and distribution can remain in the digital realm. E-signing can be integrated with corporate systems like Apttus, Ariba, Microsoft Dynamics, Office 365, and Salesforce.com. Document Cloud is also integrated to some extent with Creative Cloud and Marketing Cloud.

Adobe isn't promising the long foretold paperless office, but it does offer a path toward an office with less paper.

Thomas Claburn has been writing about business and technology since 1996, for publications such as New Architect, PC Computing, InformationWeek, Salon, Wired, and Ziff Davis Smart Business. Before that, he worked in film and television, having earned a not particularly useful ... View Full Bio
We welcome your comments on this topic on our social media channels, or [contact us directly] with questions about the site.
Comment  |
Email This  |
Print  |
RSS
More Insights
Webcasts
Strategies for Success with Digital Transformation
Building the SOC of the Future: Next-Generation Security Operations
More Webcasts
White Papers
SANS 2021 Cyber Threat Intelligence Survey
A Practical Guide to SASE Migration
More White Papers
Reports
Are Unprotected Cloud Databases Leaking Your Data?
How Data Breaches Affect the Enterprise (2020)
More Reports

@DanielCawrey yes, Adobe lucked out on that one. PDFs are practically universal today.
Reply  |  Post Message  |  Messages List  |  Start a Board

Adobe has done a lot of work reinventing the paper world into a digital one – and I think they probably have a lot of innovative things left they can do.

The widespread use of PDFs is an example of this, and I expect to see similar things like that in the future.
Reply  |  Post Message  |  Messages List  |  Start a Board

Not necessarily. Most people have devices set up to read PDFs.
Reply  |  Post Message  |  Messages List  |  Start a Board

It's great that this service will be available, but doesn't it presuppose that the people I may want to send documents to also subscribe to it?
Reply  |  Post Message  |  Messages List  |  Start a Board

I believe Adobe has guaranteed its profitability by forcing the subscription model on its customers. A decade ago I bought Adobe CS in multiple discs. While the company regularly asked me to upgrade, I didn't have to so long as what I had could do what I needed it to do. So that was a one time purchase. But with the subscription model, you never own the software and will have to pay for as long as you use it, even if rates go up. Over time, the customer will shell out a lot more that way than if s/he had bought the software only once.
Reply  |  Post Message  |  Messages List  |  Start a Board
Editors' Choice
Hot Topics