Two key factors determine an app's success or failure: uptime and responsiveness. Unfortunately for developers, some of these factors are completely out of their hands. In order to gain real traction with users, developers need to make sure their apps crash only 1% of the time and respond to input in 1 second or less. Just how hard is that to accomplish? According to Crittercism, it ain't easy.

Crittercism recently published its Mobile Experience Benchmark Report, which gauged how well applications perform across various devices, operating systems, and networks around the world. According to the study, there are 2,582 devices, 106 different operating systems, and 691 network operators that developers need to consider. Together, these create a staggering 100 million possible combinations. The company then examined data from its 1 billion active monthly users and tens of thousands of apps to find the weak links. The results might surprise you. 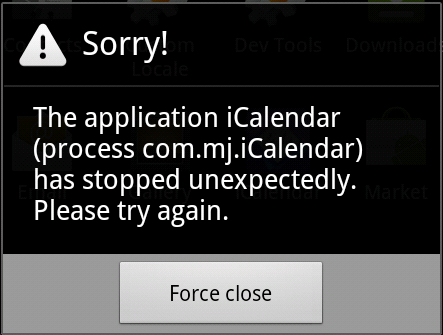 How well do the various operating systems hold up? According to Crittercism's data, Google's Android 2.3 Gingerbread has the highest total crash rate, at 1.7%. It's more than twice as prone to crashes as Ice Cream Sandwich, Jelly Bean, and KitKat, which have crash rates of 0.7%.

[Office for iPad is finally available. How stable will it be? Read Office For iPad: Microsoft Shifts Strategy.]

With a crash rate of 4.4%, games are the apps most likely to crash. Heavy use of graphics, video, and audio automatically increases an app's instability, and games can be headache for users. E-commerce apps, on the other hand, are the most stable, boasting a crash rate of just 0.4%. This is good news, as their downtime is more costly to the companies that develop them.

Geography also plays a role in an app's success, thanks to the responsiveness of the networks in various regions. Crittercism set the US as the benchmark for clocking response times. An app that takes one second to respond across the network in the US would take 0.8 seconds to respond in Canada, and 0.9 seconds to respond in Japan. These are the only two regions that outperformed the US in app/network response times. Apps in China, Australia, and Europe are also quick, with relative network response times of 1.1, 1.2, and 1.2 times the rate of those in the US. Response times begin to slow in the Middle East, Southeast Asia, and Africa, with times of 1.5, 1.6, and 1.9, respectively, compared to the US. Where is response time worst? India, where the average response time is 2.1 times longer than what's seen in the US.

Crittercism concludes that 47% of apps don't have a competitive uptime. That means almost half of all apps crash more than 1% of the time they are being used. One-third of apps have a crash rate of more than 2%. These poor uptimes lead to lost mobile revenue for companies that monetize their apps via advertising and other methods.

Eric is a freelance writer for InformationWeek specializing in mobile technologies. View Full Bio
We welcome your comments on this topic on our social media channels, or [contact us directly] with questions about the site.
Comment  |
Email This  |
Print  |
RSS
More Insights
Webcasts
The Failures of Static DLP and How to Protect Against Tomorrow's Email Breaches
Protecting Your Enterprise's Intellectual Property
More Webcasts
White Papers
All In, Online Gaming & Gambling
Universal Internet Connectivity: Reality or Myth?
More White Papers
Reports
Special Report: Edge Computing: An IT Platform for the New Enterprise
Special Report: The Changing Face of Threat Intelligence
More Reports

This study was commissioned and funded by Google (Google Venture).
Reply  |  Post Message  |  Messages List  |  Start a Board