There's no doubt Apple is in damage control mode. After posting its first-ever decline in iPhone shipments and first-in-13-years decline in revenue, investors punished Apple's stock. Many have questioned whether or not Apple's best days are behind it. No need to fear, CEO Tim Cook is here, with lots of spin and a cheery grin.

Cook sat down with CNBC's Mad Money host Jim Cramer Monday evening to tout the company's roadmap and assure investors that all is not lost.

"We're fairly secretive," said Cook, "but I would tell you we're incredibly excited about things we're working on." Cook made similar statements about a year ago, implying the back half of the year would reveal its best product roadmap. Instead, we got warmed-over iPhones and a larger iPad.

"We've got great innovation in the pipeline," said Cook. "New iPhones that will incentivize you and other people that have iPhones today to upgrade to new iPhones." Easy to say, harder to do.

The company has long been locked in a tick-tock pattern of upgrading its phones. Major updates occur every other year, with modest spec bumps added in the odd years. This fall, Apple is expected to debut the iPhone 7 -- a device that desperately needs to be better than iPhone 6s and 6s Plus.

Rumors regarding the device are all over the place. It's worth pointing out that, despite the success of the larger iPhone 6 and 6 Plus, many iPhone owners have stuck with their smaller iPhone 5s. It's these people Apple needs to convince to upgrade. So far, it hasn't. 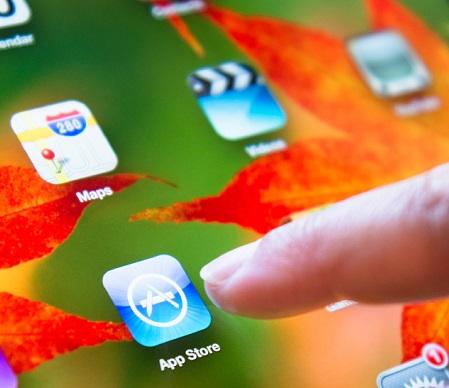 "We are going to give you things you can't live without that you just don't know you need today," teased Cook. "That has always been the objective of Apple. To do things that really enrich people's lives -- that you look back on and you wonder how did I live without this." It's true, Apple used to do this. The original iPod and original iPhone are good examples of Apple's previous innovations that turned entire industries on their collective heads and sparked massive technological change. Investors want to see more of this Apple.

What of the Apple Watch? Cook says the Watch's future is secure.

"You'll see the Apple Watch getting better and better. We're still in learning mode," noted Cook. "If you look at iPod, iPod wasn't viewed as [an immediate] success, but today it's viewed as an overnight success. And so I think that in a few years we will look back and people will say, 'How could I have ever thought about not wearing this watch?' Because it's doing so much for you. And then it will all of a sudden be an overnight success."

[Is the iPhone the problem? Read iPhone Sales to Blame for Apple Earnings Tumble.]

Apple recently told developers they must update their Watch apps so they run natively without the iPhone. Apple is not expected to update the hardware until the fall months.

When asked if Apple's best days are behind it, Cook blanched. "I couldn't disagree more." At least one former Apple employee shares Cook's view.

As CEO, Cook is obligated to sell the company's products -- and its appeal as an investment vehicle. It's no coincidence he jumped at the opportunity to tease "great innovation in the pipeline." We've heard that from Cook before. Will Apple truly deliver?

Eric is a freelance writer for InformationWeek specializing in mobile technologies. View Full Bio
We welcome your comments on this topic on our social media channels, or [contact us directly] with questions about the site.
Comment  |
Email This  |
Print  |
RSS
More Insights
Webcasts
Hybrid Cloud: The Great Balancing Act
Nip Ransomware in the FUD: Detecting Attacks Pre-Encryption
More Webcasts
White Papers
iPaaS Intrigue: A Faster Path to Digital Transformation
How Secure Are Your Endpoints?
More White Papers
Reports
The Malware Threat Landscape
Special Report: Edge Computing: An IT Platform for the New Enterprise
More Reports

The Apple products are well made and are really good to use. The problem (for Apple) is that these good products last a long time and Apple really doesn't give you a compelling reason to upgrade. They are expensive too meaning that it has to be worth the money to upgrade the device. Most of the new models over the last few years really did not offer anything revolutionary to justify an upgrade, so people hung on to their current phones.

The display on my iPad Pro is the same that was on my iPad Air. But the reason i upgraded was after 2 years there were a number of features that could justify the upgrade-plus i was able to sell my old device which reduced the cost of the new one.

Cameras are nice but not revolutionary. Processors are nice but don't really make a noticable difference on a lot of regular apps.

The Apple Watch really could use improvement. The third party apps are very slow to update for the most part, the faces are boring and the device is pretty sluggish. I'm not really sure what the new watches offer as the Apple website did not really go into detail as to the improvements. All they seemed to focus on were the new bands. So i will probably hang on another year to my current watch.
Reply  |  Post Message  |  Messages List  |  Start a Board
Editors' Choice
Hot Topics