Amazon and Samsung trail Apple significantly in tablet use across the US and Canada.

The vast majority of Web traffic created by tablets in North America is generated by Apple's iPad. Amazon and Samsung rank a distant second- and third-place, respectively, with a half-dozen other vendors merely treading water. The data suggests Apple is in no danger of losing supremacy in its home market.

iPad owners were responsible for 79.9% of tablet-based Web traffic during the month of September. The numbers come from Chitika Insights, which analyzes traffic across its ad network. It measured tens of millions of ad impressions between Sept. 1 and Sept. 30. Chitika says Apple's numbers are down from 81% last year, but up by 1.9 percentage points since July.

Chitika's numbers don't reflect sales of the iPad Air 2 and iPad Mini 3, which didn't reach the market until late October. However, Chitika suggests a wide range of retailers began to discount the iPad Air and iPad Mini 2 headed into September in anticipation of the new Apple tablets. It believes on-sale older iPads could have played a role in boosting Apple's numbers for the month.

[Learn more about one of the challengers. Read Nexus 9 Tablet: First Impressions.]

Amazon and Samsung held their ground on year-over-year basis, but lost share to Apple in September. Amazon's family of Kindle tablets holds 6.7% of the North American tablet market, while Samsung's line of Tabs holds 6.0%. Amazon and Samsung have introduced a significant number of new models this year. Samsung alone introduced six new tablets during the first seven months of the year. Samsung had the largest year-over-year gain of 0.9 percentage points. Together, Apple, Amazon, and Samsung account for 92.6% of tablet Web traffic. 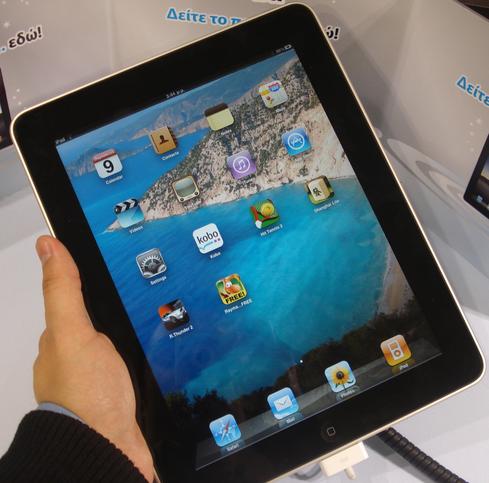 Microsoft's Surface tablets notched the second largest year-over-year gains, moving from 1.0% to 1.6%. Chitika said it limited its analysis to Microsoft's Surface and Surface 2 tablets, and excluded the Surface Pro 2, which it considers to be more of a laptop. It would be interesting to see how much Microsoft's share of the market would change with those numbers tossed in.

Chitika expects things to change up by the end of the year. Not only are there new iPads, but Google has released a new Nexus tablet and Amazon has overhauled its entire line of Kindles in the last few weeks.

"The North American market remains tremendously competitive," said Chitika. "We do expect the fallout from these developments to manifest themselves most dramatically directly following the Christmas holiday, but the usage share volatility that traditionally accompanies this time period means that early January may yield the most accurate picture of the post-holiday North American tablet ecosystem."