Apple and IBM on Tuesday entered into an exclusive partnership to sell Apple hardware to enterprise customers and to develop iOS apps tied to IBM services.

With the help of 100,000 salespeople, consultants, and developers, IBM will sell Apple iPhones and iPads, offering device activation, supply, and management through a program called IBM MobileFirst Supply and Management. Apple will add to the mix by introducing an enterprise support program, AppleCare for Enterprise, augmented by IBM on-site support. 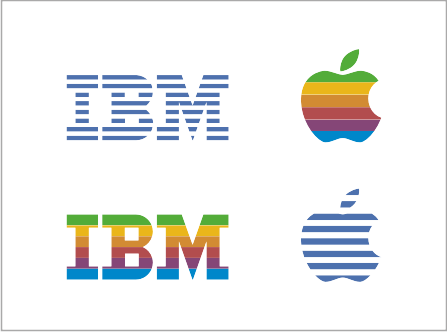 Mobility, in conjunction with data analysis and cloud services, is transforming business, argues IBM CEO Ginni Rometty. "This alliance with Apple will build on our momentum in bringing these innovations to our clients globally, and leverages IBM’s leadership in analytics, cloud, software and services," she said in a statement.

IBM MobileFirst Platform for iOS apps will be designed around needs and opportunities in industry segments such as banking, healthcare, insurance, retail, telecommunications, travel, and transportation. The first of these apps is scheduled to appear this fall, in conjunction with the release of Apple's iOS 8.

Citing the dominance of iOS devices in Fortune 500 companies, Apple CEO Tim Cook said that putting IBM's big data analytics at the fingertips of iOS users opens a large market opportunity for Apple. "This is a radical step for enterprise and something that only Apple and IBM can deliver," he said in a statement.

It's a radical step for Apple, which never much catered to enterprise customers while Steve Jobs was running the company – consider this 1983 photo of Jobs. And it's a defining moment for CEO Tim Cook, one that may finally help him be judged by his own accomplishments rather than by the triumphs of his predecessor.

It's also something of a role-reversal. In its early years, Apple aspired to compete with IBM and Microsoft, which dominated the computing market. IBM then lost ground to other PC makers and by 1994, "Big Blue" was working with Motorola and Apple to advance the PowerPC processor against Microsoft and Intel. The Wintel alliance won that war.

IBM bought PwC consulting in 2002, sold its PC unit to Lenovo in 2005, and focused on business IT, moving away from client devices toward servers and services. Apple too was reborn when Steve Jobs returned to to the company, and went on to produce the iMac, the iPod, the iPhone, and the iPad.

Through this renewed partnership, IBM has found a friend with the market power to help it prosper as the mobile revolution and cloud computing continue to reshape the technology landscape. And Apple has found a friend that has all the right connections in the business world.

Van Baker, VP and research director for Gartner's Mobile and Client Computing Services, says the deal has huge potential because the two companies are extraordinarily complementary. "It's basically taking a company that has nothing but credibility in the enterprise space...and combines it with a company that dominates the consumer-facing mobile device market," he said in a phone interview.

The only potential downside Baker foresees is that Apple and IBM are strange bedfellows. "Apple is a culture of secrecy," he said. "IBM is not. It shares its product roadmap." But he expects IBM Global Services to drive the deal, which will allow Apple to sit back and focus on its traditional strengths, hardware and software design. And if things goes well, he speculates, we might see further collaboration like Apple's Siri as a front-end for IBM's Watson.

Microsoft has failed for the past seven years to offer its enterprise constituency a competitive alternative to the iPhone and iPad. Though it has begun to recover, its progress in the mobile market remains slow.

If Apple and IBM can conquer enterprise mobility in the next few years, it may seem like a bloodless coup in retrospect. By then, the casualties will have been forgotten: Microsoft is expected to announce layoffs later this week.

Thomas Claburn has been writing about business and technology since 1996, for publications such as New Architect, PC Computing, InformationWeek, Salon, Wired, and Ziff Davis Smart Business. Before that, he worked in film and television, having earned a not particularly useful ... View Full Bio
We welcome your comments on this topic on our social media channels, or [contact us directly] with questions about the site.
Comment  |
Email This  |
Print  |
RSS
More Insights
Webcasts
Bolstering Your Enterprise Cyber Risk Assessment
Disaster Recovery/Business Continuity in the New Normal
More Webcasts
White Papers
Three Secrets to Stopping Ransomware Cold
VPN Risk Report
More White Papers
Reports
Why You're Wrong About Operationalizing AI
Protection Strategies for a Cyber-Resilient Organization
More Reports

" ... how do you think this alliance is going to affect public perception of the Apple brand?

I am not Gary, but I can tell you about my perception. :D I love this allience. I have great expectations now. The enterprise is going to finally see good changes.

Apple and IBM together are a super powerful formula that only can win. The are both good, strong companies, which deliver quality. Together, they will win in the enterprise.

After the recent Microsoft mess this comes to fill the air up with a breeze of new good things about to happen. :)

IBM is the only company that can match Apple in some of the important things, like quality.

The lady who threw the sledgehammer must be surprised.
Reply  |  Post Message  |  Messages List  |  Start a Board

@Thomas--and this gives IBM presumably convenient access to a hefty installed base of Apple users in the enterprise. Do you happen to have any stats at hand on how many iPhones and iPads and for that matter Macs are in use in the enterprise worldwide, or in the U.S. alone?
Reply  |  Post Message  |  Messages List  |  Start a Board

@Gary: file this under #mindblown. how do you think this alliance is going to affect public perception of the Apple brand?
Reply  |  Post Message  |  Messages List  |  Start a Board

@Somedude8: Ha! Seriously, talk about strange bedfellows! What do you think will be the first product/app to hit the market from this alliance?
Reply  |  Post Message  |  Messages List  |  Start a Board

Apple, with something like $160 billion in cash, would not have too much trouble buying IBM ($194B market cap). But this deal will give it an enterprise sales force for far less.
Reply  |  Post Message  |  Messages List  |  Start a Board

Were I commissioning a corporate app for workers, I'd want the cloud services to be provided by company servers rather than outsourced to IBM or some other party.
Reply  |  Post Message  |  Messages List  |  Start a Board

I agree with Lorna. One wild card is business-oriented davelopers' ability to deliver applications with the same moxie that Apple consumers are accustomed to. The other is users' willingness to cross the divide between personal and business and add business apps to their iPhone, iPads. If there is clear business value, chances are, desire to continue using a familiar and friendly device will carry the day.
Reply  |  Post Message  |  Messages List  |  Start a Board

Exactly -- this deal takes aim well and squarely at Microsoft. I see two wild cards: developers and user willingness to install these apps on personal devices.

Can iOS deveopers make this pivot to business focus and resist bloat? Plus, if your phone has X storage and you've filled 75% of it with personal apps, what goes?
Reply  |  Post Message  |  Messages List  |  Start a Board
Page 1 / 2   >   >>
InformationWeek Is Getting an Upgrade!