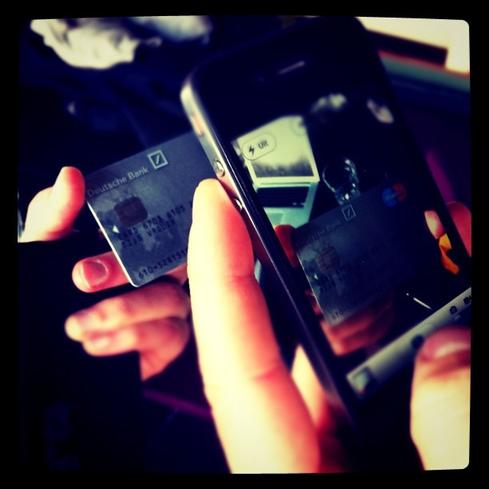 Eric is a freelance writer for InformationWeek specializing in mobile technologies. View Full Bio
We welcome your comments on this topic on our social media channels, or [contact us directly] with questions about the site.
Comment  |
Email This  |
Print  |
RSS
More Insights
Webcasts
People Are The Most Important Part of Autonomous SOC
Hybrid Cloud: The Great Balancing Act
More Webcasts
White Papers
How to Build Your Incident Response Plan
Accelerate Threat Resolutions with DNS
More White Papers
Reports
Accelerate Threat Resolutions with DNS
DNS Network Traffic Volumes During the 2020 Pandemic
More Reports

Apple's integration of iTunes with their devices can be credited much of their success. It will be interesting to see what these other providers will do in order to stay competitive.
Reply  |  Post Message  |  Messages List  |  Start a Board

I currently do mobile payments with TD Bank and my Blackberry.  How does apple claim to be a pioneer?
Reply  |  Post Message  |  Messages List  |  Start a Board

Apple would benefit to open its doors for a chance, but I don't honestly see that happening soon, given the culture with which they operate. Many countries, first to third world, are adopting to mobile payments, so definitely expect to see abd hear more about it soon.
Reply  |  Post Message  |  Messages List  |  Start a Board

If Google and Android haven't done anything to dominate mobile payments over all these years of boasting about having NFC and Apple comes along and blows them out of the water, Google and Eric Schmidt are going to look pretty stupid for blowing a world-class opportunity.  Apple is going to end up having more mobile payment users in six months than Google and Android could manage in six years.  Google is wasting too much energy on useless projects like Google Glass and Google barges.  Android has too many users still stuck using Gingerbread the Dinosaur.
Reply  |  Post Message  |  Messages List  |  Start a Board

If Apple gets mobile payments to drastically increase using the iPhone 6 and NFC then they are geniuses.  They keep saying that Android has had NFC for years and I agree.  So why the hell doesn't Google take advantage of all that market share and clout and get mobile payments going?  Apple is going to take advantage of those 800 million iTunes accounts/credit cards and set the mobile industry on fire with NFC.  It will prove that Google and Android aren't capable of doing anything worthwhile despite all those high market share numbers.  Apple and iOS will be considered the geniuses and Google and Android will be numbskulls.
Reply  |  Post Message  |  Messages List  |  Start a Board

Fanbois, you do make a point about regional share of Apple and not global one. That being said, may be Apple's iphone 6 can use this feature to get back its global glory. But I just can't buy it at the price at which Apple offers usually.
Reply  |  Post Message  |  Messages List  |  Start a Board

Eric, due to already established market of online payments as a result of itunes, I agree that mobile payments will also gel in good with Apple's service. The matter of concern is that Samsung and other brands have already taken many Apple's loyal customer to their smartphones so even if iPhone 6 offers this there will not be a large user base to adopt this payment mode. And the price factor will deter more customers because one thing is inevitable; Apple cannot charge a low price.
Reply  |  Post Message  |  Messages List  |  Start a Board

And yet NFC and mobile payments have been a failure in the rest of the world with Google Wallet only managing to garner a dismal 50-100,000 users.  Even PayPal only has 123 million users, Amazon 243 million, eBay 112 million.

I keep hearing that if there's NFC (and mobile payments) in the iPhone 6, this will signal the start of the mobile payment revolution. It's funny though, Android is by all accounts the biggest selling mobile OS and sells the most handset units, and so forth. Many Windows Phones also support NFC. Despite that, mobile payments haven't made it big yet. Is it really just because Apple hasn't caught up yet? I don't see quite how that works.
Reply  |  Post Message  |  Messages List  |  Start a Board

there may be a usability issue with electronic payments in the U.S.  I read articles that in many developing countries they already have electronic payments available.  The problem will be that if apple electronic payments take off, it will fragment the market because it would leave android users outside its system.  Unless, other companies collaborate with apple.  I think it will be difficult to become dominant payment system
Reply  |  Post Message  |  Messages List  |  Start a Board
<<   <   Page 6 / 7   >   >>
Editors' Choice
Hot Topics